Home » Events » Let the People Judge: The Introduction of the Jury System in Japan in Comparative Perspective

Let the People Judge: The Introduction of the Jury System in Japan in Comparative Perspective 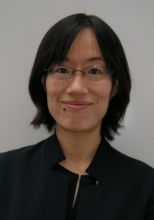 Over the last two decades, jury systems have been introduced for criminal trials in several democracies including Japan, South Korea, Spain, and, on a provisional basis, Taiwan.  Why might democratic states whose criminal trials had long been dominated by professional judges decide to invite greater public input into those proceedings?  And what factors might account for the differences in the configuration of the new jury institutions across different countries?  Drawing on detailed study of the reform efforts of Japan, South Korea, Spain, and Taiwan, this study argues that partisan dynamics, and especially the relative power of leftist parties, crucially shaped both the timing and the configuration of the new jury systems in the four countries.

The first chapter of Professor Kage’s draft manuscript, entitled Let the People Judge: The Introduction of the Jury System in Japan in Comparative Perspective is available here. Please do not cite without permission.

Rieko Kage is Associate Professor of Political Science in the Department of Advanced Social and International Studies at the University of Tokyo. Her research is in the field of comparative politics, with a special focus on civil society, participation, and public opinion. She is the author of the book Civic Engagement in Postwar Japan: The Revival of a Defeated Society (Cambridge University Press, 2011), which received Honorable Mention as he Outstanding Book in Nonprofit and Voluntary Action Research from the Association for Research on Nonprofit Organizations and Voluntary Action, and the Jury’s Prize from the Japan Nonprofit Organizations Research Association. Kage has also published articles in the British Journal of Political Science, Comparative Political Studies, and Political Psychology, among other journals. She is currently co-editor of the Japanese political science journal Leviathan. She received her B.A. and M.A. in law from Kyoto University and her Ph.D. in Government from Harvard University.