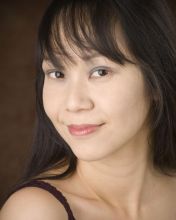 Please join us for a special lecture and performance demonstration of Noh.

Artistic Director Izumi Ashizawa serves as a faculty at the State University of New York Stony Brook. She is a graduate of the Yale School of Drama.