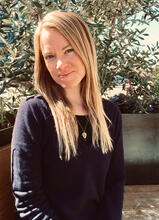 Scholars of religions have generally been more comfortable with ideas than with things… They have been particularly uncomfortable, perhaps, when people touched or rubbed or hugged or kissed things, especially when those things were themselves somewhat disconcerting—dead bodied, bits of bone or cloth, dirt or fingernails, dried blood. This uneasy itself may go a long way toward explaining why we still understand little about relics. And this lack of understanding may represent a serious gap since these bodies and bits of bone and otherwise seemingly dead matter have played a lively role in the history of several major religions…

Throughout Japanese religious history, relics were placed under pagodas or in the inner sanctums of high temples. As powerful religious objects, relics were accessible to only an elite few. In the Kamakura era (1185–1333), however, this all changed, as believers started to steal, trade, and gift relics in the capital and the periphery. Extant reliquaries from this time reflect this trend: they were constructed so they could be moved, transported, hidden, and worshipped in private temples or shrines. This talk examines this new relationship to relics. In regards to gender, it also addresses how nuns used relics to rebuild the nunhood, establish legitimacy, and create networks.

Relic worship during this period also included a syncretic nature. As seen through extant reliquaries, many of which are national treasures in Japan, relic-related iconography combined multiple religious practices and schools of thought from Japan, China, and India. This ability to incorporate various pantheons into one frame of worship illustrates the multidimensionality of relic worship during this period, and its ability to draw on various belief systems. Along with this syncretism came a desire to be close to relics. There was a need for a physical proximity to Buddha relics; this included holding, stealing and even swallowing them. As a result, relics were often taken in the night or transferred through dream-visions. It was through this proximity—almost osmosis—to the Buddha’s body (i.e., his bones) that devotees moved closer to the Buddha, and their own spiritual salvation in the afterworld.

Julia Cross is a historian of medieval Japan, specializing in religion, death, and the body. Drawing on Buddhist manuscripts and art, her research examines how people in medieval Japan attributed religious and social significance to the body, specifically the sacred dead.

Julia received her PhD in East Asian Languages and Civilizations at Harvard University in 2021. She holds an MA in East Asian Studies from the University of California, Los Angeles (2012), and a BA from the University of California, Santa Cruz, in the History of Art and Visual Culture (2009), where she received honors for her thesis on Chinese landscape painting. Her research and writing have been supported by various fellowships, such as the Robert Ho Family Foundation Program in Buddhist Studies, Fulbright Research Fellowship, and the Foreign Language and Area Studies Fellowship (FLAS).

Register in advance for this webinar: https://yale.zoom.us/webinar/register/WN_KFq19FPtQXCXwl9T3Sjtjg