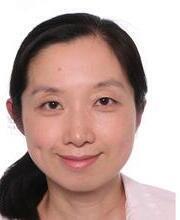 This talk analyzes the exhibition and reception of so-called “poisonous weed films” in order to expose and purge “ox-ghosts and snake-spirits” before and during the Cultural Revolution. Relating Chinese terms to the Greek word Pharmakon—denoting at once remedy, poison and scapegoat—I argue that a pharmacological and demonological discourse undergirded Maoist mass movements, in which the stage and the screen became the most sensitive sites of ills and cures, haunting and exorcism, pollution and hygiene. Participatory rituals of film criticism functioned as incantatory shamanism to cleanse the revolutionary air of demonic pestilences.  Tracing the etymologies and usages of “poisonous weeds” and “ox-ghosts and snake-spirits,” the first section develops a new theory of Maoist censorship that was more exposure than disappearance, more sound than silence. The next section brings weeds and demons together in an evolving understanding of cinema as “spiritual opium” in China from the 1930s to the 1970s with a focus on Mao’s wife Jiang Qing, who both used cinema as a sedative for her nerves and banned films as opiate for the people. The third section discusses the “public exposure” of dozens of films as inoculation to enhance audience’s “political sense of smell” and increase their “intellectual immunity.” Yet this mass campaign of cinematic vaccination often had the unintended effect of (re)infecting their audiences.

Jie Li is John L. Loeb Associate Professor of the Humanities in the Department of East Asian Languages and Civilizations at Harvard University.  With research interests focusing on the mediation of memories in modern China, she is the author of Shanghai Homes: Palimpsests of Private Life (Columbia University Press, 2014) and Utopian Ruins: A Memorial Museum of the Mao Era (Duke University Press, 2020).  She also co-edited Red Legacies in China: Cultural Afterlives of the Communist Revolution (Harvard Asia Center, 2016).  Her current book project, Cinematic Guerrillas: Maoist Propaganda as Spirit Mediumship explores film exhibition and reception in socialist China.  She has also published articles on the cinema of Manchuria, on contemporary Chinese documentaries, and on radios and loudspeakers.  Li’s writings have appeared in journals such as Grey Room, Screen, positions: east asia cultures critique, Modern China, The Journal of Chinese Cinemas, Twentieth-Century China, Modern Chinese Literature and Culture, Jump Cut, and Public Culture.