Reading Between the Texts: Forgery, History, and Authority in Late Medieval Japan 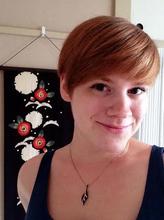 Japan’s sixteenth century is often characterized as a time of upheaval, as traditional power structures eroded, martial violence reached new heights, and economic growth fostered intense competition over coveted resources. Although scholarship typically focuses on the destabilizing forces of Japan’s late medieval period, this talk explores collaborative processes that helped to sustain the existing order. Specifically, I will discuss documentary forgery production by Kyoto-based courtiers on behalf of provincial metal caster artisan associations, the goal of which was to foster profitable socioeconomic ties in exchange for business privileges. These dubious official and semi-fictive texts were created to strike a balance between “real” and “constructed” histories of past patronage relationships, suggesting the broader ways in which medieval Japanese of various social groups and statuses sought to mobilize the past and generate sociocultural authority in a time of its precariousness.

Paula R. Curtis is a historian of premodern Japan, specializing in the medieval period. Her research interests include commoner history, documentary forgery, and material culture. Her current work focuses on socioeconomic networks formed through the exchange of counterfeit documents among metal caster organizations, the imperial court, and provincial warlords. She is also interested in digital humanities and the use of digital tools to analyze premodern historical sources.

Dr. Curtis received her BA from Gettysburg College, her MA from Ohio State University, and her PhD from the University of Michigan. This fall she is teaching a course on the history of text and textuality in pre-1600 Japan.