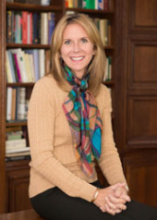 The Tang dynasty is unique in the Chinese historiographical tradition for having two complete dynastic histories, the Jiu Tang shu 舊唐書 (Old Tang History, comp. 945) and its Northern Song revision, the Xin Tang shu (New Tang History, comp. 1060). Song historian Ouyang Xiu 歐陽修 (1007-1072) famously streamlined the basic annals (benji 本紀) by two-thirds in order to clarify the moral lessons of Tang history. Though his cuts were not as extreme, in revising the Tang biographies, fellow historian Song Qi 宋祁 (998-1061) also sought to make the successes and failures of individuals more instructive by pruning material he saw as unnecessary and adding passages to underscore his conclusions. In this process of sharpening the didactic points of the biographies, Song Qi also redefined the role of literary composition (wenzhang 文章) in Tang culture, portraying it as a political tool above all else. This talk will explore the Northern Song context for Song Qi’s new views of literary composition and will look at the impact of his revisions on the biographies of two prominent Tang writers, Liu Zongyuan 柳宗元 (773-819) and Bai Juyi 白居易 (772-846). The Xin Tang shu biographies went on to influence centuries of readers of Tang literature—but, as I will show, their collective portrait of literary composition rewrote Northern Song ideological and political concerns into the historical account of the Tang.

Anna M. Shields, Professor of East Asian Studies, received her A.M. (1990) from Harvard University and her Ph.D. (1998) from Indiana University. She specializes in classical Chinese literature of the Tang, Five Dynasties, and Northern Song eras. Her particular interests include literary history and the emergence of new literary genres and styles in late medieval China; the sociology of literature; and the role of emotions in classical literature. Her first book, Crafting a Collection: The Cultural Contexts and Poetic Practice of the Collection from among the Flowers (Huajian ji), published by the Harvard Asia Center, examined the emergence of the song lyric in a path-breaking anthology. Her recent book, One Who Knows Me: Friendship and Literary Culture in Mid-Tang China, explores the literary performance of friendship in ninth-century China through a wide range of genres, including letters, prefaces, exchange poetry, and funerary texts. Other recent and forthcoming publications investigate emotions in medieval letters; the compilation of anthologies of Tang literature in the Northern Song; and the cultural influence of Tang dynasty anecdote collections. She has served as President of the T’ang Studies Society since 2011. She is a former editor of the East Asian section of the Journal of the American Oriental Society, and is also an editorial board member of the Library of Chinese Humanities Chinese-English translation series, published by De Gruyter. Before her appointment at Princeton, she taught at the University of Maryland, Baltimore County, where she served both as Director of the Honors College (2007-2011) and as associate professor in the Dept. of Modern Languages, Linguistics, and Intercultural Communications (2007-2015), and at the University of Arizona (1999-2006). She is currently working on a new book that traces the shaping of the Tang dynasty literary legacy during the Five Dynasties and Northern Song.