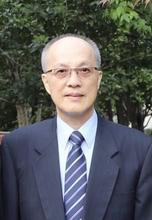 Lecture will be in Chinese with English interpretation provided.

This lecture is held as part of the 170th Anniversary of the Chinese Collection at Yale University.

Chinese printing underwent, during the 19th century, a thorough transformation from traditional block printing to western-style type printing.  This change consequently altered how Chinese people produced and disseminated knowledge, thoughts and message.  Western typography was introduced into China by Protestant Christian missionaries, with an original objective of printing the Bible and religious tracts.  Samuel Wells Williams played an important part in the process of introducing Western typography to the Chinese.  He went to Canton [Guangzhou], China, in 1832, as a missionary-printer to take care of the mission press of the American Board of Commissioners for Foreign Missions.  He practiced Anglo-Chinese printing and enthusiastically promoted the making of Western-style Chinese types.  Before resigning from ABCFM in 1857 to become a U.S. diplomat in China and afterwards the first professor of Chinese language and literature at Yale, Williams greatly helped the production of two fonts of Chinese types which was made on the Malay Peninsula and the third in Berlin.  The third one, especially, would not have come out if not with Williams’s patronage.  All these three fonts became popular and were widely used in China in late 19th and early 20th centuries.

Dr. Ching Su retired in 2004 from the Graduate School of Chinese Studies of the Yunlin University of Sciences and Technology in Taiwan. He continues his research work on Protestant Christian missionaries in China, with a focus on their printing, publishing, and medical enterprises.

(2)林則徐看見的世界:《澳門新聞紙》的原文與譯文 (The World of the High Commissioner Lin Zhe-xu Had Seen: The Original Texts and Their Translations of Macao Newspapers) (2016, 2017)

(3)鑄以代刻: 傳教士與中文印刷變局 (Replacing Cutting with Casting: The Protestant Christian Missionary and the Transformation of Chinese Printing in the 19th Century) (2015, 2018)