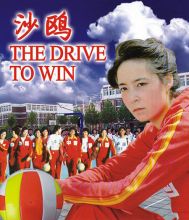 This film is about Sha’ou, a member of the Chinese national volleyball team. The film begins in 1977, a few months before the Asian Games, and continues to follow Sha Ou’s life until the end of the film. Sah’ou dreams of being a world champion but faces many tragedies on the path to realizing her dream.

Retrospective of Chinese Women Directors (1950s - Present) Series
This film series will present the works of four remarkable women directors, each negotiating a perspective or commentary alternative to the mainstream cinema of the time. All films are in Chinese with English Subtitles.  This is the third film of eight.