Home » Events » Social Mobility across the Pacific: The Case of Japanese in the United States

Social Mobility across the Pacific: The Case of Japanese in the United States 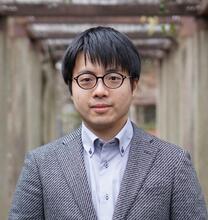 Tate Kihara is a Ph.D. Candidate in sociology at Brown University where he is also affiliated with the Population Studies and Training Center (PSTC). Prior to his enrollment at Brown, he received his MA and BA from the University of Tokyo. As an aspiring social demographer, Tate studies international migration in both historical and contemporary settings. His most recent research focuses on the historical Japanese population (late 19th-early 20th century) in the continental United States from a sociological and demographic perspective. His works have appeared in International Migration Review, Journal of Ethnic and Migration Studies and Population Research and Policy Review.

Register in advance for this webinar. After registering, you will receive a confirmation email containing information about joining the webinar.