Home » Events » The State as Ventriloquist: North Korea’s Media and International Engagement on Human Rights since the UN Commission of Inquiry report of 2014

The State as Ventriloquist: North Korea’s Media and International Engagement on Human Rights since the UN Commission of Inquiry report of 2014 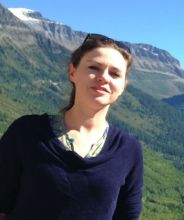 What is North Korea’s response to allegations about its rights abuses? Did the UN Commission of Inquiry Report of 2014 – which identified the North Korean state as responsible at the highest level for crimes against humanity – provoke any change in the way the state engages rights? To answer these questions, my talk draws on a huge corpus of web-scrapped data, both video and print, from North Korea’s online media to examine domestic coverage of rights and international engagement on the topic. In this talk, I take you on a journey into the heady landscape of North Korea’s response to the UN report: from emotional news reportage, to defector-denouncing documentaries, to street demos, to interviews with the man-on-the-street (and one woman), to citizen-interviews with Will Ripley of CNN. The talk concludes by showing, discursively and forensically, the North Korean state as ventriloquist throwing its interpretation of human rights, and the UN rights report, into the mouths of citizens.

This above abstract is a snapshot of research lifted from a portion of my forthcoming second book Human Rights and North Korea. The book is a broad and comprehensive analysis of two primary subjects. First: rights violations of citizens and foreign nationals in North Korea and abroad. Second: North Korea’s engagement with the topic of human rights domestically and internationally. Starting from the formation of the North Korean state, until early 2017, the book draws upon two significant corpuses of data: all extant reports on North Korean rights violations from NGOs, governments and UN bodies, in addition to North Korean state video and print media on the subject of human rights. Using hybrid methods such as qualitative close readings, web-scraping (for DPRK news online), computational analysis, in addition to interviews and correspondence with defectors and government officials, the book makes the following two arguments: first, the way North Korea deals with its people has created a situation where minor transgressions – things we would not immediately consider connected to rights – lead to a cascade of extreme violations. Second, North Korea’s treatment of human rights in its media, and internationally, reveals the coercive and manipulative role of the state in keeping violations in place.

Sandra Fahy’s research has focused on structural violence and collective social suffering with particular reference to North Korea, and by extension South Korea, Japan and China. She is especially interested in the relationship between language and political violence, globally, but with special attention to East Asia. Her first book was nominated for several awards. Her publications include: Marching through Suffering: Loss and Survival in North Korea. New York: Columbia University Press (2015), peer review articles in Anthropology Today; Food, Culture and Society: an interdisciplinary journal among others. In addition to academic publications, she has published policy pieces on the Japan-ROK-US alliance, health and human rights in North Korea, and Internally Displaced People in DPRK, in the Harvard Journal of Health and Human Rights, and Asia Policy. Her second book Human Rights and North Korea is under contract with Columbia University Press.

Fahy earned her PhD in Anthropology from the School of Oriental and African Studies (UK) in 2009. She was awarded post-doctoral fellowships at EHESS (Paris), and the Korean Studies Institute at the University of Southern California (LA). She is currently Associate Professor of Anthropology in the Faculty of Liberal Arts, at Sophia University, Tokyo, Japan where she teaches courses on Korean Studies, Human Rights, Visual and Discourse Research Methods, and Medical and Linguistic Anthropology.