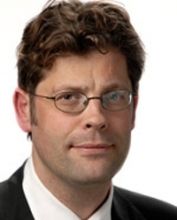 In 1779 a Japanese scholar wished to (but could not) refuse a government assignment to translate a European set of images-with-captions. He was faced with what he called emuburema, and one problem with such images was that they did not mean what you saw.

Histories of early modern Japan (1600-1868) that deal with Japan’s contact with the rest of the world will inevitably mention that China and the Netherlands were the two exclusive trade partners of Japan in this period. They will also mention that one result of this contact with the Netherlands was the creation of the discipline of “Hollandology” (rangaku), and that ‘Holland’ was a heteronym for ‘Europe.’ Studies of rangaku as one manifestation of Japan’s intellectual and cultural interest in ‘Holland’ focus on the transfer of empirical knowledge, in the sciences and in the visual arts. The book that represents this idea of Europe is the eighteenth-century encyclopaedia, a type of publication avidly read (and partially translated) by Japanese scholars and artists. Yet there is a different type of book that represents a very different ‘Europe’ and that was just as present in early modern Japan: the emblem book. It was this category of image-with-text that the Japanese scholar in 1779 encountered. Around this time, Dutch emblematic images and texts confronted Japanese scholars with a wholly different category of images from the West, images that were not invariably ‘realistic’ and had instead to be understood symbolically.

This lecture will address the emblem book as a major representative of Renaissance and later European worldviews, and its reception in early modern Japan. Specifically, it will ask how early modern Japanese intellectuals negotiated their simultaneous confrontation with two European worldviews (i.e. the emblematic and the empirical); in other words, how they combined reading both the encyclopaedia and the emblem book. Finally, the lecture will introduce a Japanese emblem book from the early nineteenth century as an instance of active application of Japanese interpretations of the concept of the emblem.

Ivo Smits’ field of expertise comprises literature and film in Japan. His research focuses on early medieval classical texts in both classical Japanese and classical Chinese. Bilingualism (or ‘biscriptualism’) poet-patron networks and concepts of imagination and representation are three big themes that occupy him a great deal. He earned his PhD at Leiden University in 1994, studied at the University of Tokyo, Cambridge University, and was, among others, research fellow at Waseda University and Visiting Associate Professor at Yale University. He occupies various administrative functions within and outside Leiden University.