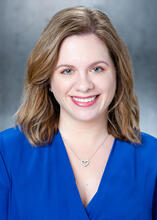 In 1945, two women with complicated imperial loyalties faced down the end of empire on the battlefields of Burma. Khin Myo Chit (1915-1999), a Burmese feminist writer and anti-colonial activist, was living in an army barrack in Rangoon, working as an army translator during the day and hosting meetings of anti-Japanese insurgents at night. Asha Sahay (b. 1927), the daughter of Indian independence activists who lived in Japan, was dodging Allied bombers as her regiment, the women’s division of the Indian National Army, retreated through the jungle. This lecture traces the intertwined lives of these women – whose similar intellectual trajectories placed them on opposite sides of the conflict – in order to examine the relationship between feminism, anti-colonial activism, and pan-Asian ideology in Japan’s wartime empire.

Amy Stanley is the Wayne V. Jones Research Professor of History at Northwestern University. Primarily a social historian of early modern and modern Japan, she has special interests in global history, women’s and gender history, and narrative. She is the author of Selling Women: Prostitution, Markets, and the Household in Early Modern Japan (UC Press 2012), as well as articles in the American Historical Review, The Journal of Japanese Studies, and The Journal of Asian Studies. Her most recent book, Stranger in the Shogun’s City: A Japanese Woman and Her World (Scribner, 2020), won the National Book Critics’ Circle Award in Biography and PEN/America Jacqueline Bograd Weld Award in Biography and was a finalist for the Pulitzer Prize. She received her PhD in East Asian Languages and Civilizations from Harvard in 2007, and she has held fellowships from the Japan Foundation, the Japan-U.S. Friendship Commission, and the National Endowment for the Humanities.

In the academic year 2000-2001, the Council on East Asian Studies at Yale University inaugurated a program of “McClellan Visiting Fellows in Japanese Studies,” in honor of our colleague Edwin McClellan, Sterling Professor Emeritus of Japanese Literature.  Rather than a conventional lectureship, the program is intended to invite to campus distinguished Japan scholars for an opportunity to discuss their recently completed projects and/or manuscripts with faculty and students at Yale.  Typically a Fellow stays for a couple of days and offers a seminar based on his/her new work.  We also hope that the Fellow will offer a public lecture (on any topic) and be available to meet with interested undergraduates and graduate students.  We have envisioned the program as an opportunity to expose our students (and ourselves) to some of the best new Japan scholarship.  We hope too that the occasions for discussion and feedback may also be of value to the Fellows themselves in bringing their own projects to fruition.