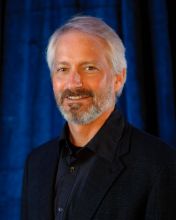 The Council is pleased to present the 20th Annual John W. Hall Lecture in Japanese Studies.

This lecture will be followed by a dinner reception at the New Haven Lawn Club (193 Whitney Ave).

This talk proposes to situate Japanese animation of the 1930s and early 1940s at the intersection of three lines of historical transformation. First, there was the emergence of new technologies of animation and new ways of organizing animation production, which spurred dreams of producing feature-length animated films whose liveliness promised to rival that of cinema, and to push beyond the boundaries of the cinematic. Second, this situation also saw animation to begin to range across received boundaries of media — across media forms such as comics, films, magic lantern, radio, records, toys, and games, and across domestic and public sites of consumption. Finally, animation explored new ways of imaging and enacting human-animal relations, at a historical moment increasingly characterized by imperial conquest and total war with their ideologies of dehumanization and bestialization. Working across these three lines of technological, socio-medial and geopolitical transformation, Dr. Lamarre hopes to address some of the troubling legacies that continue to haunt animation as well as the radical possibilities yet to be explored.

Thomas Lamarre teaches in East Asian Studies and Communications Studies at McGill University. He is author of numerous publications on the history of media, thought, and material culture, with projects ranging from the communication networks of 9th century Japan (Uncovering Heian Japan: An Archaeology of Sensation and Inscription, 2000), to silent cinema and the global imaginary (Shadows on the Screen: Tanizaki Jun’ichirô on Cinema and Oriental Aesthetics, 2005), animation technologies (The Anime Machine: A Media Theory of Animation, 2009) and television and new media (The Anime Ecology: A Genealogy of Television, Animation, and Game Media, 2018).