Kaiser Kuo - Host and Co-founder of The Sinica Podcast 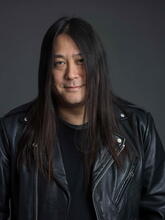 Basic emotional empathy serves us well enough when we try to understand the feelings of people like ourselves — people with a similar lived experience, with whom we share cultural norms, attitudes, values and beliefs. But trying to understand how individuals from very different societies see the world, formed as they are by unfamiliar historical forces, raised with distinctly different values, admiring wholly separate pantheons of heroes, and steeped in philosophical and religious traditions quite apart from ours, requires another type of empathy. China is, to most Americans, just such a society: one whose contrasts with the U.S. have come into stark relief in recent years as the relationship has deteriorated. China is not unknowable, but to understand how Chinese people might see the world, we need to exercise what psychologists call “cognitive empathy,” or what might better be termed “informed empathy.” It requires us to actually know things about China, but with hard work and the right habits of mind, just about anyone can build sufficient informed empathy toward China to really pay dividends. This talk offers a sense for how Chinese elites see the world of recent years, and what important factors have influenced why Chinese see the world as they do.

Kaiser Kuo is the host and co-founder of the Sinica Podcast, a weekly discussion of current affairs in China that has run since April 2010 — for its first six years from Beijing, and since 2016 from the U.S. as part of SupChina. The show features in-depth conversations with scholars, journalists, diplomats, analysts, and others who work to better understand China in all its complexity. A native of Upstate New York, Kaiser grew up mainly in Tucson, Arizona before heading to U.C. Berkeley for college. In 1988-1989, while studying in Beijing, he co-founded China’s seminal heavy metal band, Tang Dynasty. After June 4, 1989, he returned to the U.S. and enrolled in a graduate program in East Asian Studies at the University of Arizona, but left in 1996 before finishing his Ph.D. to re-join Tang Dynasty. He ended up staying in China for 20 years, with a career that ran the gamut from music to internet entrepreneurship to journalism before ending up as director of international communications for Chinese search engine Baidu, where he served from 2010 to 2016. He now lives in Chapel Hill, North Carolina, where in addition to Sinica he oversees nine podcasts in the Sinica Network.

Open to members of the Yale community with Yale ID only. Seating is limited and on a first-come, first-served basis.