Home » Events » Women and Buddhism: The Case of Kim Iryŏp

Women and Buddhism: The Case of Kim Iryŏp 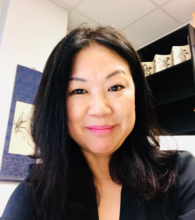 Are women’s experiences of Buddhism different from those of their male counterparts? Can Buddhism offer new directions in women’s search for identity and freedom? Or, to put it broadly, why and how do women engage with Buddhism in modern times? This presentation explores these issues through an examination of the life and thoughts of Kim Iryŏp (1896-1971), a Korean feminist who became a Seon master. As a daughter of Christian parents, Iryŏp was engaged with both Christianity and Buddhism as well as being a famed writer and women’s movement activist. As a first-generation Korean feminist, she demanded changes to gender inequality, publicly discussing the sensitive issue of body politics in the Confucian Korean society. As a Buddhist nun, she relied on Buddhism in her search for freedom and liberation. By tracing Iryŏp’s life story and her journey to find women’s identity and freedom through Buddhist philosophy and practice, this presentation explores the meanings of autobiography, narrative identity, and writing as testimony as well as investigating how meaning is constructed in our daily existence. Placing this discussion in a broader context, the talk also considers the role of gender in our discipline, the position of women in the intellectual history of modern Korea, and the impact of this position on knowledge production.

Jin Y. Park is a Professor and the Chair of the Department of Philosophy and Religion at American University. Her research explores Korean Buddhism, intercultural philosophy, modern East Asian philosophy, and Buddhist and intercultural ethics, focusing on the intersections of gender, violence, the politics of discrimination, and narrative identity. Marginality has been a consistent theme in her scholarship. Her books include Approaches to Chan, Sŏn, Zen Studies (2022), Women and Buddhist Philosophy (2017), Reflections of a Zen Buddhist Nun (2014), Makers of Modern Korean Buddhism (2010), Merleau-Ponty and Buddhism (2010), Buddhism and Postmodernity (2008), and Buddhisms and Deconstructions (2006). Park currently serves as President of the North American Korean Philosophy Association and as Vice President of the American Academy of Religion. She has also served as President of the Society for Asian and Comparative Philosophy and was the Founding Director of the International Society for Buddhist Philosophy. She is a recipient of the Korea Foundation Advanced Research Grant, the American Academy of Religion Research Grant, and most recently, the Uberoi Foundation Religious Studies Grant.

The Seong-Yawng Park GRD ’65 and Marguerite Clark Park Memorial Lecture was made possible by a generous gift from the estate of the Park family. The principal objective of this gift is to foster the study of Korea at Yale by bringing recognition of the Korean peninsula and its affairs and achievements to Yale and the wider community.