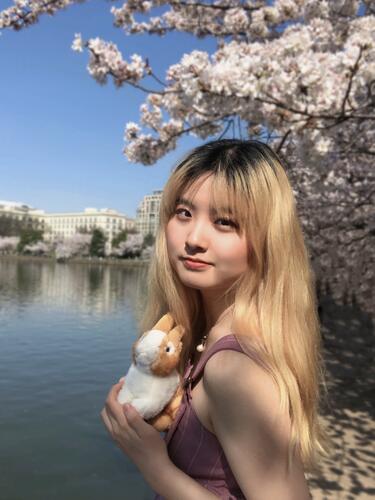 Isabella Yang (Saybrook ‘22) was one of two winners of the 2022 Williams Prize in East Asian Studies for her essay submitted to the Department of History, “Wang Xitian and the Chinese Experience in Imperial Tokyo, 1899-1923: Class, Violence, and the Formation of a New National Consciousness.”

The Council on East Asian Studies had a chance to catch up with Isabella during the summer and she kindly answered a few of our questions about her essay.

To begin, could you please provide an abstract or brief summary of your essay entitled “Wang Xitian and the Chinese Experience in Imperial Tokyo, 1899-1923: Class, Violence, and the Formation of a New National Consciousness”?

On September 12, 1923, a 27-year-old Chinese man named Wang Xitian was secretly murdered by Japanese soldiers under Tokyo’s Sakai Bridge, as part of imperial Japan’s efforts of purging politically disruptive factors in the aftermath of the Great Kantō Earthquake. My essay explores the question of who Wang Xitian was, and why he mattered to the Empire of Japan. It reveals how Wang’s life overlapped with and connected two Chinese communities and their experiences in early 20th century Tokyo: that of the well-educated students, and that of the marginalized workers. Between the formation of the two communities, a new Chinese nationalism characterized less by class and more by ethnicity was formed in Tokyo, under the influence of changing politics in China, growing tensions in Sino-Japan relations, and the spread of new international ideas. Wang’s work as a student-turned-activist bridged two previously dichotomized worlds at the empire’s core, and was representative of how the historically suppressed Chinese community in Tokyo, through unification under a new national consciousness, acquired more agency at a time characterized by imperial surveillance and control.

I first got to know Wang Xitian’s name during a conversation with my advisor, Professor Botsman, when I was exploring potential topics about Chinese people in Taisho Tokyo. Back then, I considered him to be a mere diversifying factor, as his life was different from many other prominent figures in Japan at the time. But I soon found out about the uniqueness of his experience and how he could serve as a leading thread to another community less written about - that of the workers - and decided to look more into his life, which eventually led to the writing of this essay.

There were several really interesting discoveries. First, I didn’t realize how small the world of Chinese students in Japan back then was, and how interconnected everyone’s social networks were: everyone knew everyone else, and most people went to the same schools. As some of the people I wrote about went on to become important figures in completely different fields in China, it was very interesting to see how their paths crossed in their youths. Another interesting aspect was how much effort the Japanese government made to conceal the murder of Wang Xitian and the other Chinese workers after the 1923 earthquake; I did not know that the official narrative was decided directly by members of the Prime Minister’s cabinet, which I suppose reflects much about the amount of tension and insecurity present in the Empire of Japan around these “anti-Japanese foreigners” like Wang at the time.

The accessibility of primary sources. Because of Covid-19 and the impossibility to travel to East Asia for primary sources, I had to rely on published primary sources, which were very hard to find. But eventually, with the help of our East Asian librarians, I was able to locate two volumes in Chinese and Japanese respectively that were related to Wang Xitian and the 1923 post-earthquake massacre of Chinese workers in Tokyo. Finding those sources, however, took almost half a year.

I am extremely thankful of the librarians at Yale, particularly Haruko Nakamura for meeting up with me multiple times and fishing for potential sources among a pool of dead ends; and for Michael Meng for helping me locate the volumes published in Chinese about Wang Xitian’s life. My advisor, Professor Daniel Botsman, has been extremely supportive and helpful throughout the writing of this essay. I was also able to interview Professor Kang-I Sun Chang and get to know her father’s life as a student in Tokyo back in the 1930s, and read his letters through the Yale Divinity School archives, which all helped me construct a better picture of what living in Tokyo as a Chinese student meant back then.

Yes! I did Light Fellowship twice. I first did the Kyoto Consortium for Japanese Studies (KCJS) summer program in 2018, which was an utterly wonderful experience; I spent two months living in Kyoto, and decided to continue with Japanese and Japanese studies after that. Then I did the Inter-University Center for Japanese Studies (IUC) in Yokohama during the academic year, 2020-21; it was held online unfortunately due to Covid-19, but I was able to improve my Japanese much through the program. I passed the N1 exam after graduating from IUC, and would not have been able to conduct Japanese-language primary source research for this essay without the help of the education I received at IUC and the generosity of the Light Fellowship that allowed me to attend the program.

So important! As I explained in the previous question, I would not be able to write this essay without becoming fluent enough in the Japanese language to read early 20th-century archives. I also started Japanese as a first-year at Yale; I would not know that it’d be entirely possible to start a language as a first-year, and be able to use that language in my senior essay research! Looking back, there are so many steps I could have missed that would not allow the successful completion of this essay to happen. I’m really grateful for the wonderful language study I’ve received at Yale and all the language-study opportunities the school provided.

I was on the Yale Ballroom Dance Team for three years doing competitive dancing, and have been with Amoriem Labs, Yale’s undergraduate game development group, designing video games for two years. I spent most of my free time this year studying and designing video games; one of my side projects is an interactive visual novel about Commodore Matthew Perry’s expedition to Japan in 1854 and the opening of the country, which is set to be shipped soon in a month or two! I also do lots of creative writing, fiction and nonfiction alike, and have even done writings in Chinese and Japanese for the Accent Magazine before. I also play traditional Japanese music! Sometimes, in my down time, I would have small koto-and-shamisen jam sessions with my friend and Saybrook grad affiliate Adam Haliburton, who is the only other person on campus I know who plays traditional Japanese instruments.

Don’t be afraid of the project! It may look intimidating at first, but once you start writing everything will start to flow very smoothly. Do prepare early, and while you don’t have to write anything over the summer, make sure you start considering potential subjects and especially make backup plans if your initial subjects don’t work out. And always reach out to your advisor and the librarians whenever you encounter any troubles! They are some of the best resources you have, and they can help you in ways you wouldn’t even think are possible.

I’ll be moving to Los Angeles to work in management! Meanwhile, I’ll also be continuing my side project of developing educational yet fun historical games, hopefully continuing my work this year with UT Austin’s JapanLab. Our first game, Ghost over the Water: Changing the Tides of Japan’s Future, will be released very soon, and if anyone reading this is ever interested in playing a game that explains how Japan opened itself to the world after three hundred years of maritime restrictions, please feel free to check out the game at UT Austin’s JapanLab website!