The battle for China’s soul 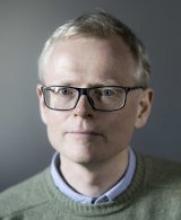 On October 23, the Council on East Asian Studies at the MacMillan Center sponsored a talk by Pulitzer-Prize-winning journalist Ian Johnson on “The Battle for China’s Soul.” A Poynter Fellowship in Journalism Lecture, the talk addressed the return of religion in China and how President Xi Jinping and his administration have sought to shape religion in recent years.

Johnson began by describing the lack of religion in China that he observed while studying at Beijing University in the early 1980’s. The White Cloud Temple, the only Daoist temple in the city at the time, was so empty that it reminded him of a museum exhibit of “a sociological phenomenon we call religion that had subsequently been destroyed or had died out.”

He explained that the lack of religion in China at the time was due to a long history of Western intervention and imperialism starting in the 19th century and continuing well into the 20th, which “caused an extreme self-doubting about the value of Chinese culture and Chinese religion.” During the Hundred Days’ Reform in 1898, schools replaced temples, which were seen as “backwards.”

By the time the Guomindang (KMT) took over, Johnson said, “Chinese religion – Buddhism, Daoism, and folk religion – were seen as a social ill, something akin to prostitution or opium smoking or foot binding.” Other religions, especially Western religions, were seen as acceptable. Parts of Chinese religion that were analogous to Christianity were also seen as acceptable. “Christianity became the norm for what was okay and what was not okay,” Johnson noted.

Though social disdain for certain religions had been growing for more than half a century before the Communist Party took over in 1949, “the Communists carried it through to the harshest extreme,” Johnson said. Five religions–Buddhism, Daoism, Islam, Protestant Christianity, and Catholicism–were considered officially acceptable and still are the only five religions that are acceptable to this day. Contrary to the common belief that anti-religion sentiment all started with the Cultural Revolution, anti-religion sentiment began a long time before then; however, by the end of the Cultural Revolution, “virtually every open place of worship had been closed and religion had been driven underground.”

When Johnson returned to China in 1994, he observed that religion was growing. In particular, he recalled observing large groups of people openly practicing qigong, a form of moving meditation rooted in Chinese medicine and martial arts. Johnson noted that qigong grandmasters in the 1990s became more than just practitioners of the craft; they also wrote books with moral guidelines. He said, “People were looking for something more than the materialism that they were being offered by the government.” Qigong’s rising popularity was cut short when one of its groups, Falun Gong, challenged the government in 1999, causing a crackdown and forcing qigong to go underground until roughly 10 years ago.

Johnson argued that despite foreign media’s portrayal of China as a rising superpower, many Chinese people felt that “China was entering… an era of uncertainty and almost anxiety.” He noted that for many, the materialistic excitement of being able to buy clothes or a home or a car, “was dying out and people were becoming more and more concerned about their lives and about the society around them.”

Johnson described how some scandals, such as food safety or fake products, caused many Chinese to ask, “What does our society stand for, besides getting rich? What are the values that hold society together?”

By the time Xi Jinping took over five years ago, the Chinese government was becoming more aware of these anxieties. Johnson described how Xi “identified that there was a moral vacuum in China,” resulting in a “push for traditional values.” New propaganda campaigns promoted traditional values, especially the “indigenous religions,” which the government considers to be Buddhism, Daoism, and folk religions.

Johnson described how once-condemned “feudal superstitions” such as fortune-telling on the streets were now tolerated and even encouraged by the government under the umbrella idea of “intangible cultural heritage.” Many of these activities include a spiritual component, such as a pilgrimage. Johnson noted that it was a “stroke of genius” by the government to redefine all these activities as simply culture. “Rather than trying to call this religion or spirituality, the government just says this is culture… so it gets government support and government aid.”

Johnson ended by stressing that overall, “religion has really boomed and taken off… even groups that are not supported by the government,” and the government has tolerated these groups. To Johnson, the shift in government policy “reflects a searching for meaning and for answers in Chinese society.”