The untitled manuscript is housed in the Beinecke Rare Book and Manuscript Library and is being referred to as the Shūdō tsuya monogatari, roughly meaning  “male-male relationship stories.” Set in 1714 in Dewa Province in Northeastern Japan, the story features unusual full-color illustrations and is written in kuzushiji, a challenging calligraphic script commonly used in Japanese texts before 1900 but now legible only to scholars with specialized expertise. 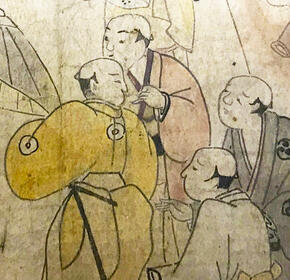 The manuscript tells the dramatic tale of Genta, a sixteen-year-old samurai whose sexual exploits led him down a path of trouble and eventually caused his early death at the hand of one of his lovers. Although this kind of plot was fairly typical of eighteenth-century male-male fiction in Japan, the anonymous author of this manuscript wrote in the genre of jitsuroku-bon, literally meaning “factual storybook.” This non-fiction style and the fact that the complex narrative features more than 30 individual characters suggest to scholars that this is likely a true story.

Kuzushiji calligraphy is difficult to decipher because it uses highly variable sets of Chinese characters (kanji) in simplified forms representing both the kanji and the  Japanese phonetic syllabary. A deep knowledge of Japanese history and classical literature is required to determine which written character is being used. While this manuscript is rare and unique, Yale Library collections contain several thousand kuzushiji manuscripts, many still untranslated. 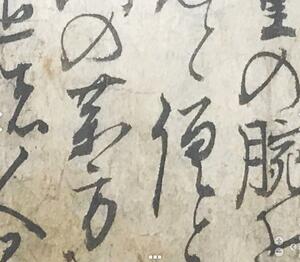 Yale has played a leading role in the development of LGBTQ Studies for more than thirty years and Yale Library collections have been steadily growing in this area. Despite the challenges of locating Japanese same-sex literature, the library has stepped up its efforts to collect Japanese LGBTQ related resources in recent years, including a Japan LGBTQ Ephemera Collection. The library is also a regular contributor to the Queer Japan Web Archive, a project of the Ivy Plus Libraries Confederation.

Shortly before the library acquired the Shūdō tsuya manuscript in 2017, a group of faculty, librarians, postdocs and students formed a kuzushiji reading group and began meeting in Sterling Memorial Library. Leading the group were two visiting research scholars, Masato Takenouchi, formerly of Tokyo University, and Angelika Koch of Leiden University, who has since returned to her home institution. 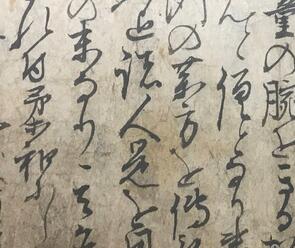 When the manuscript arrived, the group turned its attention to deciphering the text. In March of 2020, when the pandemic halted in-person meetings, they moved their sessions online, taking advantage of the screen share and whiteboard features in Zoom.  Soon they were welcoming new expert members from as far afield as Japan and Europe. The group, with its evolving global membership, has now met more than 60 times and collectively read two-thirds of the manuscript.

Following each meeting, the group organizes and shares their findings in a collaborative online workspace called the Ten Thousand Rooms Project, a virtual platform dedicated to making East Asian textual heritage accessible to a wider audience. Supported by the Andrew W. Mellon Foundation, the project was initiated by Yale faculty and developed in collaboration with Michael Appleby, Yale Library’s director of software engineering. The shift to meeting online, coupled with the ability to access the shared findings, has enabled the group’s expansion.

Inspired by the success of the collaboration, Nakamura created the video to show the potential of using library collections in teaching and research. “Not only are we able to highlight a historically significant manuscript, but the level of engagement in this project has been exceptional,” she said.  “It shows how libraries can support scholarship and bring together a global community through important research materials like this manuscript.” She believes that the project will be of great interest not only to scholars and librarians in Japanese Studies, but also to people in Japan and around the world.

Images: Detail from the Shūdō tsuya monogatari manuscript; and detail of the kuzushiji, the manuscript’s handwritten calligraphic script.