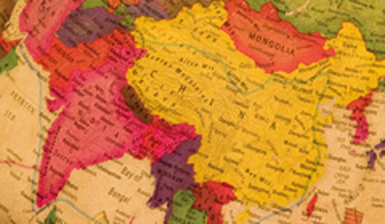 A grant of $500,000 to Yale from the Carnegie Corporation of New York will support the “InterAsia Initiative,” a global network of scholars who are taking a novel trans-regional approach to the study of Asian topics.

“The InterAsia Initiative aims to shift paradigms in how we conceptualize Asia by promoting collaborative research, scholarly networking, and public policy connections,” says Helen Siu, professor of anthropology at Yale. “We are working to reveal and depict Asia as an interlinked set of formations stretching from the Middle East through Eurasia, Central Asia, and South Asia to Southeast Asia and East Asia.” This approach, she notes, necessitates deep collaboration among social scientists and humanists.

With the Carnegie Corporation support, the initiative will aim to develop:

• A comprehensive, online, searchable scholars database, which will be populated with information obtained through various InterAsian organizations — including all InterAsian Connections Conferences, follow-up research collaborations and publications, the SSRC’s Postdoctoral Fellowship for Transregional Research, and the newly formed Transregional Virtual Research Institute (TVRI) scholars’ group — as well as research conducted by the Postdoctoral Research and other initiative-related scholars.

• A large international conference that will serve to cement existing scholars’ networks and expand the growing group of InterAsia scholars.

• Resources such as background materials, bibliographies, and recommended websites.

Principal investigators of the project are Siu and Kalyanakrishnan Sivaramakrishnan, Yale professors of India and South Asian studies who are affiliated with the MacMillan Center through its councils on East Asian Studies and South Asian Studies. The project is supported financially and administratively by the councils and will reinforce the MacMillan Center’s role as a hub of interdisciplinary research on contemporary issues of global, institutional, and human import. It will also capitalize on the research done by the InterAsia Initiative over the course of the past three years.

“We are grateful for the generous support from the Carnegie Corporation,” says Sivaramakrishnan. “The InterAsia Initiative will highlight the shifting regional dynamics by mapping the changing shape of emerging sub-regions, as well as the emergence of new narratives on ‘who defines Asia through time.’”