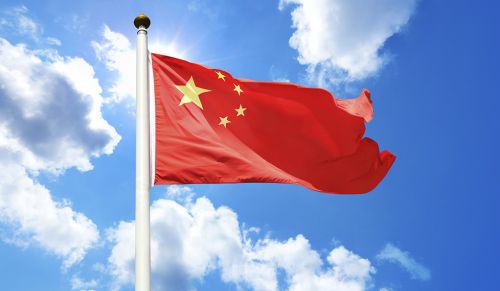 China’s reemergence as a global power has coincided with policies, including urbanization measures and family planning initiatives, that sometimes pit the Chinese state’s interests against those of individual citizens.

Daniel Mattingly, assistant professor of political science, studies the strength of the Chinese state and the means by which it encourages its citizens to obey policies that conflict with their material interests.

“China has extraordinarily high levels of state capacity, especially for a developing country,” said Mattingly ’04 B.A., ’08 M.A., who joined the faculty last fall. “Where does this strong state come from? There are a lot of answers. The piece that I’m interested in is the way that the Chinese government uses softer tools of repression to implement its policies.” 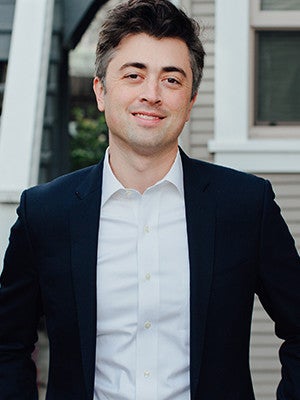 Mattingly, who is writing a book on how China’s autocracy wields power, argues that the Chinese government uses a light touch while persuading people to consent to policies that seize their homes and restrict their freedom to have children.

While China’s leaders have tools of repression at their disposal typical of autocratic states — secret police, censorship, and surveillance — Mattingly found that they tend to prefer peer pressure to harsh police measures.

“They rely on person-to-person pressure to get people to comply with these laws,” he said. “They infiltrate seemingly autonomous civil society groups — temple organizations, neighborhood associations, local kinship groups or clans — and use them to quietly influence people.”

Since initiating reforms in 1978 to move to a market-based economy, China has experienced a vast economic expansion that has lifted more than 800 million people out of dollar-a-day poverty and made the country of 1.3 billion people the world’s second-largest economy. Unprecedented urbanization accompanied the economic boom: The percentage of China’s population living in cities increased from 18% in 1978 to 57% in 2016, according to the U.N. Department of Economic and Social Affairs, Population Division.

Urbanization was driven by policies designed to move hundreds of millions of people from rural areas to cities. The government confiscates land in the countryside for redevelopment, which creates wealth and drives migration, but often hurts farmers, who lose their homes and right to work the land, Mattingly said.

China developed a One Child Policy in the late 1970s out of concern that the country’s skyrocketing population would consume any economic growth. For a quarter-century, married couples were limited to having one child. In 2015, the government announced it would relax the policy, allowing married couples to have two children.

The family-planning policy is particularly unpopular in the countryside where there is a material benefit to having multiple children, Mattingly said.

Both policies represent remarkable achievements in the application of government control, he said.

“What China has done with this urbanization policy is astounding. They confiscated land from around 100 million people. How do they do that?” he said. “Some people want to have more than one kid, so how did they get people to comply with the One Child Policy?”

Instead of deploying truncheon-wielding police to expel people from their homes or quell dissent, local government officials go door-to-door to try to persuade people to consent, Mattingly said. They will infiltrate a local temple organization or other civil society groups and co-opt their leaders as a means to pressure people into conforming, he said.

“Typically, when you think of civil society organizations, you think of their positive side — how they create bonds of solidarity between people that encourage reciprocity,” he said. “The flipside to that is that local officials use these organizations essentially as a tool of repression.”

A local official might know that an individual resisting a land requisition has a relative who works for the government. The official will enlist that relative to pressure the person into agreeing to have their home confiscated and demolished, explained Mattingly, who has spent several years conducting field research in rural sections of China.

Local governments also will co-opt the leaders of local kinship groups or clans and draw them into village governments, where they have incentives to instruct everyone else in their clan to comply with government policies, he said.

“By exploiting these local organizations, the government exerts control without seeming to do so,” he said.

Mattingly notes that a common misperception Americans have about China is that the Chinese Communist Party (CCP), the ruling political party, is extraordinarily repressive.

“Even though much of my research concerns repression, the CCP is extraordinarily popular by many survey measures,” he said.

The CCP’s popularity comes from the fact that it has delivered several successive decades of economic growth as well as its success in restoring China as global power — a position the nation held for hundreds of years before experiencing a decline in the 19th century, Mattingly explained.

“People are proud to belong to a country that is growing so quickly and is clearly a powerful player on the world stage,” he said. “A challenge in my work is balancing the positive aspects of the story with the negative side-effects of these policies that have encouraged growth and modernization.”

After graduating from Yale with an English degree, Mattingly did a fellowship in China through the Princeton in Asia program. He lived in a small city in a rural province — which, he says, is where his fascination with the Chinese government originated.

“Living there and seeing the country develop so rapidly got me interested in China and these broader questions about how countries develop quickly and how do authoritarian systems work,” said Mattingly.

He returned to Yale and earned a master’s degree in East Asian studies. He received his Ph.D. in political science from the University of California-Berkeley in 2016.

Mattingly said he enjoys being back on campus and working with students. He is teaching two classes this semester: “The Rise of China,” a lecture class covering China’s history from the end of the Qing Dynasty to the present day, and a seminar, “Governing China,” that examines the country’s authoritarian system.

“The students here are amazing and curious,” he said. “I’ve been really impressed by the depth of knowledge a lot of them have about China.”

Yale provides undergraduates opportunities to travel abroad and perform research and study language in countries like China. Mattingly said the intellectual impact of those experiences is apparent in his students.

“You have students who are intensely smart and intensely curious about the world and have had experiences in China,” he said. “I feel like I come into class and face 20 people who are already mini-experts on China. It makes teaching easy, but it also means that I have to up my game.”