The Double Helix of Chinese History 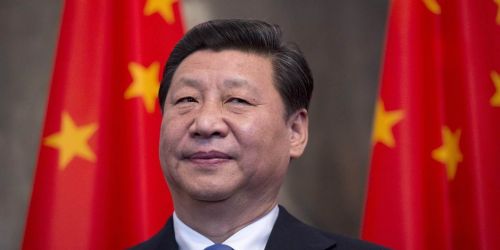 Even when the tapestry of modern Chinese history has featured a reformist weft, it was always woven into an authoritarian warp. By the same token, while reform in the seemingly authoritarian Xi era may be a recessive trait, its expression should not be ruled out.

BEIJING – Now that China’s National People’s Congress has voted – 2,958 to two – to abolish presidential term limits, Xi Jinping could rule China indefinitely, rather than completing a tenure of two five-year terms in 2023. To what degree is Xi set to become the all-powerful ruler many observers predict?

China watchers have been debating the character and extent of Xi’s power since last October’s 19th National Congress of the Communist Party of China (CPC). One indicator has been the enshrinement of his ideology, “Xi Jinping Thought on Socialism with Chinese Characteristics for a New Era,” in China’s constitution. With Mao Zedong being the only previous Chinese leader to have his eponymous “Thought” constitutionalized, some now argue that Xi is now the most powerful leader since Mao.

Of course, Deng Xiaoping – who presided over China’s era of “reform and opening up” for two decades, beginning in 1978 – was also lionized, with “Deng Xiaoping Theory.” And “socialism with Chinese characteristics” is Deng’s signature policy. But Xi’s explicit mention of a “New Era” marks a departure from Deng, indicating that the era of reform is over.

In contrast to the People’s Republic of 40 years ago – a rural, agrarian country emerging from the Cultural Revolution – today’s China is an economic and political superpower with a rapidly urbanizing and technologically advanced society. Xi’s New Era thus represents a milestone in China’s long search for “wealth and power.” Instead of “opening up,” Xi’s China will be “going out” to the world.

But how should this New Era be viewed in the context of modern Chinese history, and what might it reveal about the nature of Xi’s power?

In the twentieth century, China was governed by three regimes: the Qing dynasty, followed by the establishment of the Republic of China in 1912, and, since 1949, the People’s Republic of China. The history of the PRC is further divided into two periods: the Mao era (1949-1976) and the reform era.

How this history was perceived changed over time. During the Mao years, the Republican era – with its “united front” politics and the development of civil society– looked like a brief interlude between periods of autocracy. Yet, during the PRC’s reform period, it was the tumult of the Mao era that looked like the aberration, even to the CPC, which sought to distance itself from what it called “leftist mistakes.” With the success of Deng’s “socialism with Chinese characteristics,” China’s economic miracle appeared to confirm that the country was firmly on the path toward development and modernization.

Changing perceptions of China’s trajectory have been reflected in America’s relationship with the country. During World War II, China was America’s ally. Indeed, in 1943, the wife of China’s Nationalist leader Chiang Kai-shek testified before the US Congress about how US President Franklin D. Roosevelt’s “four freedoms” applied to a China at war with Japan.

But the belief that the US-China relationship was based on shared values was dashed by the CPC’s victory in 1949, leading to the suggestion that the US had somehow “lost China.” Such hopes were revived, to some extent, with the reestablishment of diplomatic relations and, later, the reform era. Believing that economic development and a growing middle class would lead to political liberalization, the US again engaged with China.

This hope was reinforced through the 1990s and 2000s, when officials began to experiment with elections at the village level, and the CPC leadership changed regularly after two terms. China joined the World Trade Organization and hosted the 2008 Olympics in Beijing. As the journalist Jim Mann once argued, it was the expectation of political reform that underlay US interactions with China, even after the massacre in Tiananmen Square in 1989.

Yet, over the last decade, that expectation has been called into question. While China’s per capita income was rising, and its middle class was growing, democracy did not arrive. Political scientists stopped predicting the CPC’s collapse and began asking instead why the one-party authoritarian state has been so resilient, and whether the period of reform and opening up had come to an end. As Xi’s “New Era” shows, the answer is a resounding yes.

Consider the rise of digital technologies. Instead of allowing the Internet to result in greater freedom, China’s government constructed a Great Firewall. At the same time, it developed what political scientists call “digital Leninism,” in which the latest technology enables an unprecedented level of state surveillance.

Similarly, China’s market economy has not grown increasingly privatized. Instead, the government has maintained control of the most important state-owned enterprises, and the private enterprise that is conducted serves state priorities. In the realm of politics, democratic experimentation is confined to the local level, permitted only insofar as it strengthens CPC rule.

So was the reform era yet another aberration in China’s history, not unlike the Republican period? One way to approach this question is to imagine modern Chinese history as resembling the double-helix structure of DNA, comprising a strand of openness and one of authoritarianism.

For example, many think of the reform era, especially the 1980s, as a time of pluralistic political discourse and an increasingly vibrant civil society. But it was also defined by adherence to Deng’s “four cardinal principles”: the socialist road; the people’s democratic dictatorship; the leadership of the CPC; and Marxism, Leninism, and Mao Zedong Thought.

Just as Deng presided over China’s reform and opening up, he presided over the Tiananmen Square massacre. Similarly, while the Republican era had its new universities and professions (including lawyers), it also had Chiang Kai-shek’s “White Terror” and the conservative “New Life” movement.

In short, even when the Chinese tapestry featured a reformist weft, it was always woven into an authoritarian warp. In Xi’s “New Era,” it is the authoritarian strand that is dominant. History will tell whether a recessive strand of openness may persist.