Home » News » Journalist Buruma to discuss ‘Revolt Against the Elites’

Journalist Buruma to discuss ‘Revolt Against the Elites’ 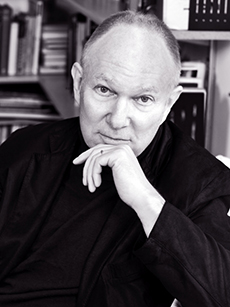 Ian Buruma, an award-winning journalist who has covered political and human rights issues, will speak at Yale on Thursday, Feb. 20 as a Poynter Fellow in Journalism. Buruma’s talk is co-sponsored by the Council on East Asian Studies.

Buruma will give a talk titled “Revolt Against the Elites: The Rise of Populism from Thailand to the Tea Party” at 6 p.m. at Luce Auditorium, 34 Hillhouse Ave.

After studying East Asian history and art, Buruma spent years traveling and working as a journalist, reporting from locations across Asia. In the 1980s and 1990s, Buruma worked as an editor at publications in Hong Kong and London, before turning his focus toward more academic interests.

In recent years, Buruma has been a fellow at universities and research institutes in Germany, the United Kingdom, and the United States. He also writes for a wide range of Dutch and English-language publications, including the New Yorker and the New York Review of Books. Buruma’s academic and journalistic pursuits have earned him recognition and awards, including being named one of the Top 100 Public Intellectuals in 2010 by Foreign Policy magazine.

Buruma currently works as a professor of democracy, human rights, and journalism at Bard College in Annandale-on-Hudson, New York.

The Poynter Fellowship in Journalism was established by Nelson Poynter, who received his master’s degree in 1927 from Yale. The fellowship brings to campus journalists from a wide variety of media outlets who have made significant contributions to their field. Among recent Poynter fellow are Jill Abramson, Nathaniel Rich, and James Bennet.