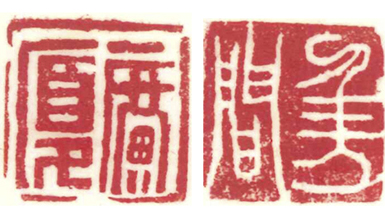 Yale will be home to a new digital humanities project for the study of the Chinese textual tradition, supported by a three-year, $430,000 grant from the Andrew W. Mellon Foundation.

Spearheaded by principal investigators Tina Lu and Mick Hunter of Yale’s Department of East Asian Languages and Literatures, with technical development provided by the Yale Digital Collections Center, the Ten Thousand Rooms Project aims to build a collaborative online platform for the study of pre-modern Chinese sources. The first two years will focus on technical development, while the third year will establish an international community of users committed to making the Chinese textual heritage more accessible to a wider audience.

Named after a poem by noted eighth-century lyric poet Du Fu, the Ten Thousand Rooms platform will allow users to upload images of sources and organize projects around their transcription, translation, and/or annotation. The project will serve both as a workspace for crowdsourcing core textual research and as a publishing venue for scholarly contributions that are less well suited to conventional book formats.

“The Mellon grant is making an innovative scholarly idea possible for us,” says Lu, a professor of East Asian languages and literatures and chair of the Department of East Asian Languages and Literatures. “There are all sorts of texts that, because of their length or complexity or impenetrability, are just too difficult for a scholar to tackle single-handedly, let alone try to squeeze into a conventional journal article or monograph,” notes Hunter, assistant professor of East Asian languages and literatures. “Tina and I thought, ‘Wouldn’t it be it great if instead of published books of translations we could have ongoing, dynamic translations of the texts that we are all interested in studying?’”

“We want the platform to be able to handle oracle bones from the 13-century B.C.E. all the way up to print editions from the early 20th century,” adds Hunter, a specialist in ancient Chinese literature.

The Ten Thousand Rooms Project will build off Yale’s historic strength in cultural preservation and also showcase the university’s digital capabilities. “This project is tapping into the technical capacity that we didn’t have until recently,” says Lu, who is a scholar of late imperial Chinese literature. “We are planning to use content and expertise from many wings of Yale: the Yale University Art Gallery, Sterling Memorial Library, the Beinecke Library, and the Institute for the Preservation of Cultural Heritage at West Campus — all of these are important contributors to this project.”

Prior to the launch of the platform, nine distinguished scholars will be invited to contribute content to the project. By year three, the Ten Thousand Rooms platform will be open to scholars, students, and people outside of academia, according to Lu. “We want this to be a shared, collaborative activity, something that is open to the worldwide community of people who have an interest in Chinese sources.”

“It’s not just about the research,” says Hunter. “We also imagine the platform being used within seminars, for example, as part of collaborations between professors at different universities.”

The principal investigators emphasize that the Ten Thousand Rooms Project will grow and change as the field and technology develop while providing a stable home for digital content.

“People will be opening new rooms all the time,” says Lu. “We want to convey to people that this is a dynamic community that that will continue to change and evolve.”