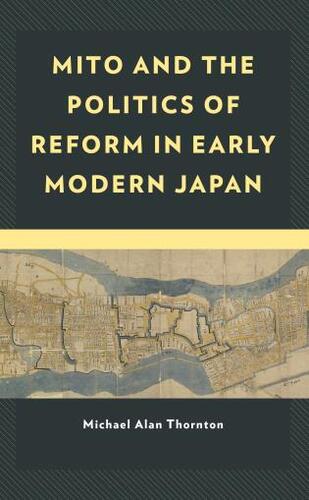 Mito and the Politics of Reform in Early Modern Japan

This book examines early modern Mito, today an ordinary provincial capital on the outskirts of the Tokyo commuter belt, but once the headquarters of Mito Domain, one of the most consequential places in all of Japan. As one of just three senior branches of the Tokugawa family—which ruled over Japan for 260 years—Mito’s ruling family enjoyed unparalleled status and exerted enormous influence throughout its history. In the seventeenth century, its scholars produced some of early modern Japan’s most important historical scholarship. In the eighteenth century, it developed a robust and pragmatic program of reform to confront depopulation and foreign threats. In the nineteenth century, it became the birthplace of a revolutionary ideology that transformed Japan into a modern, imperial nation. The power of these ideas swept across Japan, inspiring activists everywhere to take up the cause of building a new nation—but they also devastated Mito, leading to a brutal civil war that scarred its people for generations. This book complements existing studies of Mito’s ideas by focusing on the history of Mito as a place and telling the stories of Mito’s politicians, reformers, and ordinary people from the beginning of the domain’s history to its end.