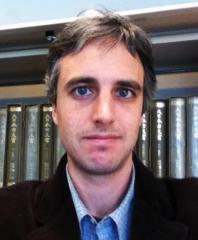 The Council on East Asian Studies at Yale University is pleased to announce that the Stanley Weinstein Dissertation Prize for academic years 2012-2014 has been awarded to Bryan Lowe for his study on the ancient Japanese practice of scripture-copying entitled “Rewriting Nara Buddhism: Sutra Transcription in Early Japan.”  Bryan Lowe completed his Ph.D. from the Department of Religion at Princeton University in 2012.  He is currently Assistant Professor of Religious Studies at Vanderbilt University.

The Selection Committee members were unanimous in ranking Lowe’s dissertation at the top of a very strong pool of nominations and provided the following report:

“Bryan Lowe has written an exceptional dissertation on the ancient Japanese practice of scripture-copying, using it as a prism to elucidate the characteristics and culture of Nara Buddhism. He demonstrates mastery of both Western and Japanese scholarship on the period, and calls into question the prevailing view that the period is best epitomized as ‘state Buddhism.’ Lowe draws much of his material from unpublished sources in the massive Shōsōin archives, and at times seeks to unravel how later scholars rearranged these sources from their original context and format. The dissertation discusses who the patrons were that had scriptures copied, why they commissioned copies, how the copyists prepared for copying, and how and when particular scriptures were chosen for copying. It also examines the material culture of paper, ink, and manpower, and how they were procured for these projects. This meticulous study provides a detailed understanding of the sutra-copying itself as a religious activity, but also offers a portrait of Nara Buddhism in general, which has received insufficient attention in Western scholarship. Based on the evidence, Lowe calls for a reassessment of the top-down ‘state Buddhism’ model for the Nara period and for a more nuanced explanation of how ruling elites, midlevel clerics and functionaries, and broader social, political, and religious processes interacted to create Nara Buddhism.”

For the next round of the competition, Ph.D. programs in Buddhist Studies/Religious Studies in the United States and Canada will be invited in the future to nominate one dissertation that was completed during the academic years 2014-2015 and 2015-2016.* A call for nominations with complete requirements and instructions for submission will go out during the summer of 2016. The deadline for the next round of nominations will be December 31, 2016.

* Nominations by the authors themselves will not be accepted.