Home » News » What if You Couldn’t See This Page?

What if You Couldn’t See This Page? 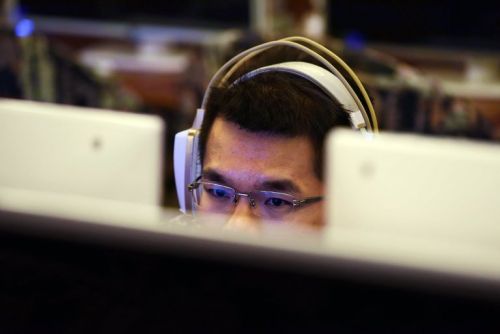 HONG KONG — To taste a future without net neutrality, try browsing the web in Beijing. China’s internet, provided through telecom giants aligned with the Communist Party, is a digital dystopia, filtered by the vast censorship apparatus known as China’s Great Firewall. Some sites load with soul-withering slowness, or not at all. Others appear instantly. Content vanishes without warning or explanation. The culprit is rarely knowable. A faulty Wi-Fi router? A neighborhood power failure? Commercial sabotage? A clampdown on political dissent? To most Chinese netizens, the reason matters little. They simply gravitate to the few sites that aren’t slowed or blocked entirely: the Chinese counterparts of Facebook, Google, and Twitter. But these Chinese platforms come with heavy government surveillance and censorship by corporate and party apparatchiks. For the Communist Party and its commercial allies, this is win-win, cementing respective monopolies on political markets and consumer power.

The Trump administration’s plan to dismantle net neutrality regulations has brought this nightmare scenario to America’s digital doorstep. With the Federal Communications Commission scheduled to vote on the issue today, the threatened rollback not only imperils fair play and free speech; it will also empower foreign entities with substantial market-making power, like China’s government, to meddle in American public discourse on a scale dwarfing Russia’s recent cyber-chicanery. Worse, abolishing net neutrality gives American corporations the means, motive and opportunity to become accomplices in selling out our freedom of speech.

Net neutrality is called the First Amendment of the internet for a good reason. Obama-era net neutrality rules classed telecom giants, such as AT&T, as “common carriers,” de facto public utilities like water and electricity companies. This status prohibits corporate bosses from abusing control over network infrastructure to stifle rivals or favor subsidiaries. Under net neutrality rules, a company like Comcast, which owns NBC, cannot throttle data flows carrying Netflix’s competing TV shows, any more than General Electric, once a majority stakeholder in NBC and corporate parent to Jay Leno’s “Tonight Show,” could have cut the power to David Letterman’s “Late Show” studios at CBS. These content-neutral safeguards apply to political speech as much as to “Orange Is the New Black.” They enshrine a basic American value: that diverse opinions, from diverse sources, are a pillar of public welfare. Eliminating net neutrality allows corporations to tamper with data flows on their networks without public oversight or accountability. If a connection is slow for MSNBC but not for Fox News, you may never learn why.

Beijing, meanwhile, is not shy about using its political and economic heft to blot out dissent beyond China’s borders, employing tactics that blend politics and commerce. The process starts at home: Foreign media firms seeking access to China’s enormous markets face intense pressure from Communist Party gatekeepers to make odious concessions on content control and privacy. Then, the chilling effects spread overseas. This has already happened in Hollywood: If you can’t distribute a film like “Seven Years in Tibet” in China’s giant market, why bother making it at all? (That 1997 project would never be greenlit today.) Facebook, long locked out of the Chinese market, is flirting with censorship in a likely bid to gain entry. After the Facebook page of Guo Wengui, a prominent regime critic living in exile, vanished last spring, Facebook blamed a systems error. As a private corporation, it is under no obligation to provide more detail.

As the incentives and opportunities to self-censor accumulate, content providers will gravitate to producing and promoting whatever reaches the most customers worldwide, even if that means pleasing Chinese cyber-commissars who control access to a billion of them. Content providers — companies like Facebook and LinkedIn — are not, after all, common carriers. They do not control the pipes, or carry a unique public trust in the eyes of the government. As private businesses, they are not bound by the First Amendment. Self-censorship is simply good business.

It is much more dangerous to grant American telecom companies — those that do control the pipes — the right to tamper with data flows and discriminate among content. American businesses’ track record of helping China export censorship and Beijing’s aggressive and platform-agnostic efforts to squelch unwanted speech overseas are a dangerous combination.

For those telecom conglomerates that have current or potential business before the Chinese government, the temptation to take behind-the-scenes guidance on content “management” as a quid pro quo for market access may prove irresistible. China already exports its cutting-edge internet censorship technologies, honed in the world’s largest natural laboratory for “opinion guidance,” to authoritarian countries around the world. These technologies are masterpieces of subtlety and sophistication, offering a world-class censorship experience amenable to consumers and commissars alike. They rarely resort to the “hard” censorship of crude deletion, but rather give a suite of “softer” monitoring and management tools to steer public discourse and discourage all but the most dogged netizens from accessing undesirable content. For those who stick to domestic and approved Chinese sites, the browsing experience is speedy and seamless, the sutures where unwanted content has been excised barely visible.

Browsing the web in China today, one rarely encounters the once ubiquitous “your connection has been reset” or “due to relevant laws and regulations, this content cannot be shown.” You’re likelier to endure a load time that’s just a split-second too long, get bored and move elsewhere. Under this system, even content creators who refuse self-censorship, regardless of consequences — such as The Times, which has been blocked in China since reporting on the party leaders’ family wealth in 2012 — may find their ability to reach consumers at the mercy of the companies that run the pipes. Without net neutrality, American firms will have no obligation to provide equal access for content, and minimal statutory requirement to explain why one piece of content might arrive more slowly than another.

In the future, if the article you’re reading loads slowly, or not at all, you might not know the reason. But you can guess.