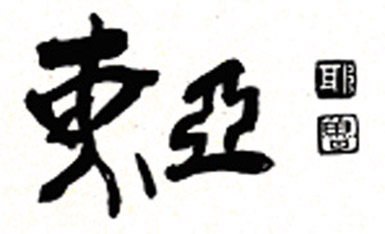 The MacMillan Center for International and Area Studies at Yale and the SSRC will continue to administer the project. In the next phase of research, Yale will focus on enhancing the capacities of its regional partners as hubs of research to develop the professional trajectories of graduate students and researchers. The Council on East Asian Studies and the South Asian Studies Council — both constituents of the MacMillan Center — have committed additional funding over the current year, and next two academic years, to bring inter-Asia research workshops, training and curriculum development activity to Yale, involve Asia-based colleagues, and work more closely with professional schools for policy impact.

“We are delighted to have renewed support from the Carnegie Corporation for the Yale Inter-Asia Initiative. This will allow us both to deepen the efforts to build inter-Asia teaching and research at Yale, and strengthen our linkages in Asia even as we contribute to discussions on new models for region-focused scholarly discovery,” says Kalyanakrishnan Sivaramakrishnan, the Dinakar Singh Professor of India and South Asia Studies and professor of anthropology, and co-principal investigator with Helen Siu, professor of anthropology. Sivaramakrishnan and Siu are faculty members of the MacMillan Center through its councils on South Asian Studies and East Asian Studies, respectively.

With the Carnegie Corporation support, the Yale InterAsia Initiative will undertake the following efforts during 2015-2016:

Convene an international conference that will serve to cement existing scholars’ networks and expand a growing group of 70-80 InterAsian scholars.

Continue support for the SSRC’s Transregional Virtual Research Institute (TVRI): Media, Activism and the New Political: InterAsian Perspectives. The TVRI will be expanded through the inclusion of additional researchers and a revised set of sub-themes of public importance across China, India, and the Arab world.
Fully fund a year-long postdoctoral fellowship focused on inter-Asia at the MacMillan Center.

Organize with partners in Asia and Europe a series of workshops by Yale, including research symposia that address the relationship between methodology and theorizing of inter-Asia and that advance research beyond simple comparative studies, on topics including “Natural Disasters and Environmental Change across Asia,” “Asian Urbanization,” and “Humanitarian Activity and Transregional Development Projects.”

Speaking about the programmatic foci and related activities that will be undertaken, Siu noted that “with renewed support from the Carnegie Corporation, we hope to make our long-term efforts of redefining regional studies sustainable. A young generation of professionals and researchers may find new and creative ways to understand and engage the world in years to come.”

The project reinforces the MacMillan Center’s role as a hub of interdisciplinary research on contemporary issues of global, institutional, and human import. The MacMillan Center draws its strength by tapping the interests and combining the intellectual resources of the Yale Faculty of Arts and Sciences and Yale’s 12 professional schools.