Ariadne in Bordeaux: Unraveling the Ties that Bind in Tawada Yōko’s ボルドーの義兄 (Schwager in Bordeaux) 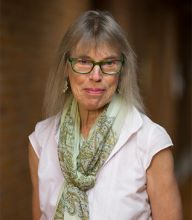 It is the presence and placement of kanji or “Chinese characters” within the German and Japanese texts (both written by Tawada) that is a striking feature of Borudō no gikei/ Schwager in Bordeaux. Published first in 2008, the German language text written by Tawada contains 276 characters as headings or “titles” for component sections of varying lengths. In Tawada’s 2009 Japanese text, published in the following year, contains a similar layout, but the kanji that appears at the heading of each section is printed as a mirror image of itself. Can we take at face value, and as a kind of “key” to this compositional structure, the narrator/protagonist’s depiction of a notebook she keeps, full of Chinese characters? “By unraveling a single kanji, you can make up a long story.” This paper considers several examples of how Tawada unravels (“disentangles”) or decomposes the Chinese character, weaving its elements into a narrative, in this novel. In so doing, however, Tawada slyly reveals a more fundamental entanglement of visual and verbal/sonic in the so-called “ideograph,” subverting the Orientalist assumption that the Chinese character itself is a sign of visuality and the Asian other.

Brett de Bary received her B. A. from Barnard College, and her M. A. and Ph.D. from Harvard University. She has been Director of Cornell’s Society for the Humanities (2003-2008, 2013-14) and Director of the Visual Studies Program (2000-2003); she holds a joint appointment with the Department of Asian Studies and the Department of Comparative Literature at Cornell. Her research interests include modern Japanese fiction and film; the Japanese post-modern; comparative literary theory, translation theory and post-colonial theory; and gender and philosophy. She is currently writing a book on translation, as practice and theory, in the work of contemporary artists and intellectuals like Tawada Yoko, Morisaki Kazue, Lee Chonghwa, Ukai Satoshi, and others.

Most recently, she has co-edited and co-translated with Rebecca Jennison Lee Chonghwa’s Still Hear the Wound (Cornell East Asia Series, 2015), a volume of essays on contemporary installation, dance, video, and other art works dealing with issues of post-colonial memory in Japan. Ito Tari, Oh Haji, Soni Kum, and Yamashiro Chikako are among the artists featured in the book. Her essay on video artist Soni Kum has appeared in Asian Cinema (2015), on Morisaki Kazue in 『「帰郷」のものがたり／「移動」のかたり』(Tokyo: Heibonsha, 2014), and on Tawada Yoko in Poetica (2012) and in The Politics of Representation edited by Richard Calichman and John Kim (2010). For Traces: A Multilingual Series of Cultural Theory and Translation, she has edited Universities in Translation: The Globalization of Mental Labor (HKUP, 2010).  Deconstructing Nationality, which she co-edited with Naoki Sakai and Iyotani Toshio, was published by the Cornell East Asia Series in 2005.

Brett de Bary was a member of the Japan Foundation American Advisory Council from 1995-2002. She has held Fulbright, Japan Foundation, and Social Science Research Council Fellowships.