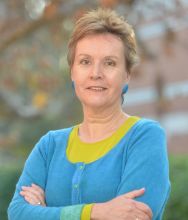 Sin Saimdang (1504-1551) is undoubtedly the most famous female artist in Korean history, but why and how do we remember her? Even though we do not know what Saimdang looked like, we find her image on the 50 000 Won banknote. Facts about her life are scattered and none of the remaining works attributed to her, including painting, calligraphy and embroidery, can be confirmed as authentic. Yet, the material is overwhelming: about a hundred paintings are ascribed to Saimdang. Since the sixteenth century the literature and visual material has grown, with every century contributing its own ideas about the personality of the painter and about her works. Her ‘heroization’ as a model wife and mother, even as ‘mother of the nation’ in South Korea, added more layers to obscuring her artistic personality, continuing a process that started right after her death and is still ongoing. By discussing texts written about the artist from the 16th through 20th centuries and analyzing paintings that are ascribed to her this lecture will investigate the reception of Saimdang’s role as woman and artist as a case study of how historical narratives are constructed, discarded, and reconstructed. It will address two main questions: What were the cultural and social circumstances that allowed her to be recognized and to flourish in a male-dominated world, and what were the historical conditions under which she was remembered until the present day?

Burglind Jungmann studied East Asian art history at the University of Heidelberg and at Seoul National University and received her Ph.D. from Heidelberg University in 1988. After six more years of research in Korea and Japan she gained her second doctorate in 1996 and taught Korean and Chinese art history at the Universities of Heidelberg and Munich. In 1999 she joined UCLA as the first Professor of Korean art history in the US. She also held an appointment of Curator of Korean art at the Los Angeles County Museum of Art from 1999 to 2003. Her teaching and research interests include the history of Korean painting in its cultural, social and political contexts, and the exchange in art between China, Korea and Japan. Her first book, on 16th century Korean painting and its reception of the Chinese Zhe school, was published in Germany in 1992 (Steiner Verlag). In her monograph on Painters as Envoys - Korean Inspiration in Eighteenth Century Japanese Nanga (Princeton University Press 2004) she explored Korean embassies to Japan and their impact on Japanese literati painting. As guest curator of the Fowler Museum at UCLA she organized the exhibition Life in Ceramics – Five Contemporary Korean Artists (2010-2011) and wrote the catalogue. Most recently she co-edited Shifting Paradigms in East Asian Visual Culture: A Festschrift for Lothar Ledderose (Stuttgart, 2012).