Colonial Cognitive Estrangement: On the Politics of Satirical Reversal in Japanese Science Fiction 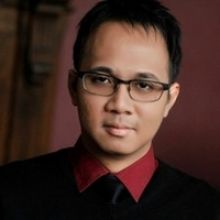 It should no longer be at all controversial to begin with the premise that the formation of the genre of science fiction is intimately intertwined with the history of empire. However, few of the existing analyses on the subject address the specific case of Japan, despite the fact that the examination of Japanese science fiction provides a particularly effective prism for illuminating these issues as a consequence of its historical position as the only non-Western colonial empire with a science fiction tradition that emerged out of its history of imperial conquest while at once fetishized through all manner of orientalist representations in Western SF. I argue that this particular historical position that Japanese science fiction occupies speaks to the politics embedded in the complex interplay of colonial discourse and its inversion in the genre’s development.

Oshikawa Shunrō’s Undersea Warship (1900), and the various adaptations it has since spawned, makes for an illustrative instance of the negotiations of Japan’s doubled position within the world system of inter-imperial rivalries at the moment of the emergence of the science fiction genre. While works of science fiction often employ colonial imagery with an eye towards its subversion, Japanese texts like Undersea Warship often reveal the limits of such techniques as estrangement or satirical reversal. Although such strategies of reversal may initially appear to be a locus of critical potential, they turn out to be little more than a reenactment of the colonial contest when viewed from the standpoint of a peripheral imperial power.