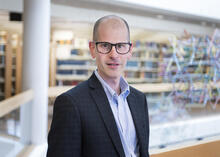 This is the first public presentation of Michelson’s forthcoming book (Cambridge University Press, February 2022) on Chinese courts, judicial decision-making, family law, gender violence, and the limits and possibilities of the globalization of law. Michelson’s analysis of almost 150,000 divorce trials reveals routine and egregious violations of China’s own laws upholding the freedom of divorce, gender equality, and the protection of women’s physical security. Using “big data” computational techniques to scrutinize cases covering 2009–2016 from all 252 basic-level courts in two Chinese provinces, Henan and Zhejiang, Michelson reveals that women have borne the brunt of a dramatic intensification since the mid-2000s of a decades-long practice of denying divorce requests. This book takes the reader upstream to the institutional sources of China’s clampdown on divorce and downstream to its devastating and highly gendered human toll, showing how judges in an overburdened court system clear their oppressive dockets at the expense of women’s lawful rights and interests.

Ethan Michelson is Professor of Sociology and Law at Indiana University Bloomington, where he has been teaching courses on law and society, law and authoritarianism, and contemporary Chinese society since 2003. He has won several awards for his published research on China’s legal system.

Register in advance for this webinar:
https://yale.zoom.us/webinar/register/WN_kQgtaQvjTQunZEA7xf3reQ