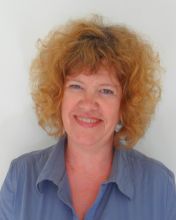 Most Daoist scriptures in Early Medieval China were not freely accessible; they were transmitted from Masters to chosen disciples via elaborate transmission rituals. Scriptures, ritual manuals, and compendia record detailed instructions for the transmission of specific texts, including references to “pledge offerings” (called faxin, mengxin, xinwu, mengwu, mengshi, laixin, guixin or zhangxin) to be given by the disciple to the master as a requirement for the transmission of scriptures or other written materials.

Offerings for the transmission of esoteric scriptures are not unique, we find them in other religious traditions as well. What is unique in Daoism is that we have detailed lists of the items required as pledges for many specific texts, prescribing the precise weight, amount or volume of items like rice, firewood, writing utensils, precious metals, money, and bolts of silk among others.

Interpretations of the functions of pledge offerings vary in the Daoist texts as well as in the scholarly literature from “symbolic offerings to pledge secrecy” to “substantial income for masters or temples”. With this range of interpretations, important questions remain open, first and foremost the question if the listed required pledge offerings were meant to be handed over “in materia” or if they were only symbolic requirements – did Daoist scriptures come with a price tag?

Her research focuses on early medieval Chinese religion, in particular various aspects of the encounter of Buddhism and Daoism, and the development of Daoism. Employing a hermeneutic approach, she works on the nexus of intellectual history, social history and religion of the early medieval period.

She has published two monographs and numerous articles in academic Journals and edited volumes.

Her major research projects are: