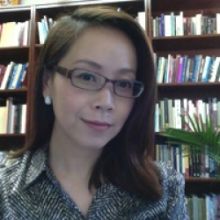 This talk contemplates the following questions about Song-period China.  If only certain parts of China experienced a “Medieval Economic Revolution,” can we view such revolution as a common feature of entire “China”?  If other parts of China experienced a significant economic downturn, how did such downturn interact with or offset the revolutionary growth elsewhere?  Much of the regional downturn was associated with environmental degradation.  And much of the environmental degradation both resulted from and led to the furthering of regional disparity, unequal resource allocation, and strategic considerations of the imperial state.  To assess the overall economic situation of China, we must take into account important yet long neglected issues including regional differences, developmental bias, environmental change, “green GDP,” hidden transaction costs, political intervention, institutional appropriation, and short-term gain vs. long-term loss.  Classic analyses in the existing scholarship that focus on the “supply” side of the economy have produced a partial, overly positive, and somehow misleading understanding of the economic reality.  From perspectives of political ecology and political economy and with insights from institutional economics and environmental economics, this talk seeks to reveal a less romantic, more complex image of the economic reality of Song-period China.

Ling Zhang is an Assistant Professor of History at Boston College. Ling received her doctorate from University of Cambridge. She was a Ziff Environmental Fellow at the Harvard University Center for the Environment and a postdoctoral fellow in Agrarian Studies at Yale University. She received multiple research grants from the Chiang Ching-Kuo Foundation for International Scholarly Exchange. Ling is an environmental and economic historian of premodern China. Her research interests include Chinese history, regional studies, political economy, political ecology, environmental justice, and environmental philosophy and ethics. Ling’s first book, The River, the Plain, and the State: An Environmental Drama in Northern Song China, 1048-1128 (Cambridge University Press, 2016), is awarded the George Perkins Marsh Prize as the best book in environmental history in 2017 by the American Society for Environmental History.  Ling is currently preparing two book manuscripts, “North China during the Medieval Economic Revolution” and “China’s Sorrow or the Yellow River ‘s Sorrow: Environmental Biographies of a Water Zomia.” As an associate researcher at Harvard University Fairbank Center for Chinese Studies, Ling convenes the Center’s research series “Environment in Asia.”