Home » Events » Gendering Diplomacy at the Bandung Conference of 1955

Gendering Diplomacy at the Bandung Conference of 1955 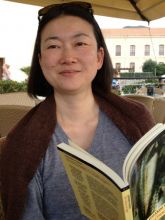 When the twenty-nine leaders of the newly post-colonial states gathered in the West Javanese city of Bandung in April 1955, the global media coverage helped to turn the Bandung Conference into one of the most iconic moments of the post-colonial history. ‘Great Men’ of history such as Nehru, Zhou Enlai and Sukarno elegantly ‘danced’ on the world stage to the delights of popular audiences worldwide. But, where were the women? When we consider the history of international diplomacy, there is a dearth of women as agents of diplomacy. This study probes deeper into how and why women have been marginalised in our understanding of diplomacy, and takes the Bandung Conference of 1955 as a case study in exploring this issue. This paper forms part of Professor Shimazu’s major research on the cultural history of diplomacy, centring on the development of ‘diplomacy as theatre’ as its central framework.

Naoko Shimazu is Professor of Humanities (History) and Associate Dean of Faculty at Yale-NUS College, Singapore. Before coming to Singapore, she taught for twenty years at Birkbeck College, University of London. She is a global historian with a regional focus on Asia. Her current major work is a monograph, Diplomacy as Theatre: The Bandung Conference and the Making of the Third World. She has published a number of related articles on the ‘Diplomacy as Theatre’ project, notably in Modern Asian Studies and Political Geography. Her current work on Japan focuses on the First World War, namely the ‘German’ captives in Japan, as well as a study of the Japanese historiography of the war. Her major publications include Imagining Japan in Post-war East Asia (co-editor, Routledge, 2013), Japanese Society at War: Death, Memory and the Russo-Japanese War (Cambridge University Press, 2009), Nationalisms in Japan (editor, Routledge, 2006), Japan, Race and Equality: Racial Equality Proposal of 1919 (Routledge, 1998). She is on the editorial boards of the Historical Journal, Modern Asian Studies, Japan Forum, Reviews in History, Diplomatica. She is the 2018 Kathleen Fitzpatrick Fellow at the University of Sydney, Honorary Professor at the Department of History, and Research Associate at the Asia Research Institute at NUS, Fellow of the Royal Historical Society, Fernand Braudel Fellow (European University Institute), Japan Foundation Fellow, amongst others.