Grounding Democracy in Inscription Technology: The Invention of the Stenographic Typewriter and Japan’s Postwar Legal Reform 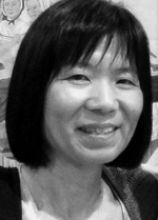 As part of the post-World War II democratization and modernization policies under US military occupation, the Japanese court system adopted the Anglo-American legal principle of direct trial and the adversarial system.  This innovation left behind the earlier inquisitorial system and foregrounded oral-based trials and cross-examination, and thus introduced live speech at the core of judicial processes.  This transformation was marked by the the adoption of the Japanese stenographic typewriter (sokutaipu) in 1950 as an official recording method to produce trial records.

Drawing on interviews conducted with the first several generations of court stenographers trained in the 1950s and 60s, as well as documents in the Supreme Court Library, Inoue will discuss how court stenography was instituted and imagined to contribute to the construction of the post-war “new and democratic” Japanese society in general, and judicial system in particular, in its formative period.  The goal of this presentation is to foreground law as a set of assemblages of mundane and concrete material and technical practices of converting speech into writing, paperwork, filing, and archiving.

Miyako Inoue teaches linguistic anthropology and the anthropology of Japan. She also has a courtesy appointment with the Department of Linguistics. Her first book, titled, Vicarious Language: the Political Economy of Gender and Speech in Japan (University of California Press), examines a phenomenon commonly called “women’s language” in Japanese modern society, and offers a genealogy showing its critical linkage with Japan’s national and capitalist modernity. Professor Inoue is currently working on a book-length project on a social history of “verbatim” in Japanese. She traces the historical development of the Japanese shorthand technique used in the Diet for its proceedings since the late 19th century, and of the stenographic typewriter introduced to the Japanese court for the trial record after WWII. She is interested in learning what it means to be faithful to others by coping their speech, and how the politico-semiotic rationality of such stenographic modes of fidelity can be understood as a technology of a particular form of governance, namely, liberal governance. Publication that has come out of her current project includes, “Stenography and Ventriloquism in Late Nineteenth Century Japan.” Language & Communication 31.3 (2011).