Home » Events » Hāfu “Truths” and Other Racial Myths: Anatomy of Japanese Prejudice in the Age of Social Media

Hāfu “Truths” and Other Racial Myths: Anatomy of Japanese Prejudice in the Age of Social Media 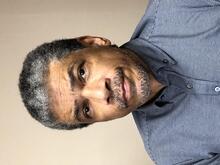 This talk examines the online discourse of black hāfu, or individuals of mixed black and Japanese descent. Although the term hāfu has customarily been associated with phenotypically white/Eurasian features and in the postwar period was used to situate Japanese in proximity to an idealized white modernity, in recent years it has increasingly come to refer to half-black Japanese as well. After a brief discussion of the history of mixed-descent individuals in Japan, the talk will explore how postwar and contemporary tropes of blackness and black hāfu in mainstream media and social media articulate a repetitive racist discourse of black alterity. Finally, it examines how this discourse intersects an equally pernicious online anti-Korean discourse.

John G. Russell is Professor of Cultural Anthropology in the Faculty of Regional Studies at Gifu University, Japan. His research focuses on representations of race and gender in Japanese and American popular culture, the genealogy of blackness in Japan, and the social perception and treatment of otherness. He is the author of Nihonjin no kokujin-kan [Japanese Perceptions of Blacks] and Henken to sabetsu ga dono yō ni tsukurareru ka [How are Prejudice and Discrimination Produced?] and has contributed chapters to Japan’s Minorities: The Illusion of Homogeneity, Racial Representations in Asia, and Reframing Diversity in the Anthropology of Japan and articles to numerous journals, including Culture, Medicine and Psychiatry, Cultural Anthropology, Positions: East Asia Cultures Critique, Japanese Studies, CR: The New Centennial Review, The Journal of Popular Culture, MOSF Journal of Science Fiction and The Journal of American Culture. He is currently researching the discourse of transracialism.

Register in advance for this webinar:
https://yale.zoom.us/webinar/register/WN_f9PRS0QDTU-97nGRFIa1mg