Handle with Care: Little Americans and the Supply Chain of Human Feeling 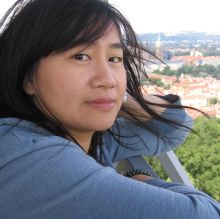 This talk takes up the figure of the supply chain to think about the problem of constancy-amid-flux in the circulation of people and things between Fuzhou, China and the United States.  Ethnographically, the talk focuses on a grey industry of transnational Chinese couriers whose work revolves around the transport of American-born infants and a steady supply of “quality” milk formula from their migrant parents in the U.S. to designated caregivers in rural Fuzhou.  For Chinese migrants hoping to ensure the safe movement and return of their “Little Americans,” supply chains not only emerge as explicit objects of concern; they also operate as a key chronotope—that is, in the Bakhtinian sense of the timespace configuring the narrative character and emplotment of migrant aspirations and moral careers.  Specifically, at a time of precipitous decline in the U.S. dollar against the Chinese yuan and in the escalation of Chinese scandals over toxic milk formula, the talk explores how a constant and ostentatious flow of Little Americans and their supply of made-in-the-USA milk worked to stabilize and extend the “worth” of Fuzhounese migration amid multiple specters of “crisis.”

Julie Y. Chu is a sociocultural anthropologist with interests in mobility and migration, economy and value, ritual life, material culture, media and technology, and state regulatory regimes. Her book, Cosmologies of Credit: Transnational Mobility and the Politics of Destination in China (Duke University Press, 2010), received the 2011 Sharon Stephens Prize from the American Ethnological Society and the 2012 Clifford Geertz Prize from the Society for the Anthropology of Religion. Her current writing project is entitled, The Hinge of Time: Infrastructure and Chronopolitics at China’s Global Edge. Based on three years of fieldwork largely among Chinese customs inspectors and transnational migrant couriers, this work will analyze the various infrastructures in place (legal-rational, financial, cosmic, piratical) for managing the temporal intensities and rhythms of people and things on the move between Southern China and the United States. A graduate of NYU’s Program in Culture and Media, she is also currently completing video projects related to her fieldwork as well as developing a new ethnographic focus on Chinese soundscapes, especially in relation to the changing qualities and valuations of the Chinese concept of “renao” (热闹, a bustling scene, social liveliness or literally, “heat and noise”).