Home » Events » Home Is That Which I Adore: Nation, Diaspora, and the Education of Overseas Chinese Women

Home Is That Which I Adore: Nation, Diaspora, and the Education of Overseas Chinese Women 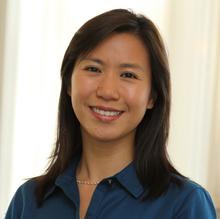 In this talk, Karen Teoh draws from her book, Schooling Diaspora: Women, Education, and the Overseas Chinese in British Malaya and Singapore, 1850s-1960s (Oxford University Press, 2018), to explore the political and cultural meanings of “going home.” From the 1940s-70s, a wave of ethnic Chinese living outside China re-migrated to their ancestral homeland. They were “returning” to a place they had never seen in order to help build a nation to which they felt they belonged. Initially hailed by the Chinese government as patriots and contributors to post-1949 Communist society, returned overseas Chinese in later decades fell prey to growing hostility and persecution. Many young overseas Chinese women who had been born and bred in British Malaya and Singapore joined this return migration movement with enthusiasm. As graduates of Chinese-language girls’ schools in Southeast Asia, these women had experienced an education that sought to impart a blend of cultural tradition and socio-political modernity. For those who decided to translate ethno-national pride into political activism, formal education provided the knowledge and networks that enabled their physical and political movement across borders. Yet these women often found themselves penalized by the very same education and idealism that prompted their desire to serve. The transnational circumstances of their upbringing and schooling rendered them, despite their best efforts, ineligible for authentic national belonging.

Dr. Karen M. Teoh is Associate Professor of History and Director of Asian Studies at Stonehill College in Easton, Massachusetts. She received her Ph.D. and MA in Chinese History from Harvard University, and her BA (Honors) in History from Yale University.

Dr. Teoh’s research focuses on Chinese migration and diaspora from the seventeenth century to the present, and examines how changing notions of gender roles, ethnicity, and cultural hybridity have shaped the experiences of groups and individuals. Her book, Schooling Diaspora: Women, Education, and the Overseas Chinese in British Malaya and Singapore, 1850s-1960s, was published by Oxford University Press in 2018. Her articles have been published in Twentieth-century China, Cross-Currents: East Asian History and Culture Review, and Intersections: Gender and Sexuality in Asia and the Pacific. She is currently at work on two book projects: a reference volume on the history of women in China, and a social history of gambling in colonial Malaya and Singapore.