Home » Events » Japan's Imperial Underworlds: Intimate Encounters at the Borders of the Sinosphere

Japan’s Imperial Underworlds: Intimate Encounters at the Borders of the Sinosphere 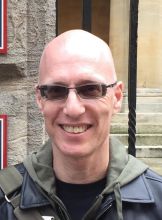 In this presentation, Dr. Ambaras examines the histories of people who moved, the relationships they created, and the anxieties they provoked, in the spatial and social borderlands between Japan and China from the 1860s to the 1940s. Japan’s imbrication in new geopolitical structures and spatial flows engendered forms of intimacy that were seen as problematic, or even horrific, because they transgressed notions of territory marked by stable, defensible borders and notions of place marked by distinct identities and social roles. Yet rather than see those borders and roles as already established and thus violated, he uses cases of transgressive intimacy to highlight the ways in which territoriality and spatial imaginaries were being articulated in the imperial era. Excavating long-forgotten histories of child trafficking, marriage migration, and piracy, he argues that mobile subjects in marginal locations not only destabilized official projects for the regulation of territory and the policing of underworlds, but also stimulated fantasies that opened new spaces for the elaboration of imperial power in its material and discursive forms. Scaling from the global to the local and corporeal, he emphasizes that for the people who lived it, the Japanese nation-empire was one of several overlapping spatial formations that emerged from modern Japan’s relations with a region in which the historically central Chinese presence continued to loom large.

David Ambaras is Associate Professor of History at North Carolina State University.  His research explores the social history of modern Japan and its empire, particularly through a focus on transgression and marginality.  He is the author of Japan’s Imperial Underworlds: Intimate Encounters at the Borders of Empire (forthcoming from Cambridge University Press); Bad Youth: Juvenile Delinquency and the Politics of Everyday Life in Modern Japan (University of California Press, 2006); as well as articles and book chapters on urban space, total war mobilization, and class formation in modern Japan. Ambaras received his M.A. and Ph. D. in History from Princeton University; an M.A. in Area Studies from the University of Tokyo; a License in Language and Literature from the Institut des Langues et Civilisations Orientales in Paris; and a B.A. in Religion from Columbia University. He has been awarded fellowships from the National Humanities Center and the National Endowment for the Humanities.