Home » Events » Nationalism, Humanitarianism, and the Destitute Children: The Case of Japanese Empire

Nationalism, Humanitarianism, and the Destitute Children: The Case of Japanese Empire 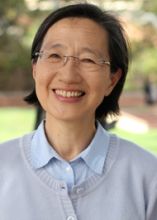 The scholarship of Japanese Empire seems to have developed along a series of dichotomous ideas, including the victimizer and the victimized, the colonizer and the colonized, Naichi and Gaichi, and so forth and so on, though the more recent scholarship aims to multi-layer these simple dichotomies.  In my presentation, I try to make efforts to find the moments of humanism, and even humanitarianism, in Japan’s reign of its empire.  I do so by focusing on the destitute children deprived of parents in both sides of Japanese Empire, Japan proper and the occupied China.  In the early twentieth century, the new ideas of children emerged: the nation’s children and the malleable (thus “world”) children.  How were these ideas utilized in Japan’s control and expansion of the Greater East Asia?  How such a focus on the destitute children contribute to the study of Japan’s Empire?  These are the questions I will try to engage in my talk.

Mariko Asano Tamanoi received her doctorate in anthropology from Northwestern University.  She is currently Professor of Anthropology at the University of California, Los Angeles.  She is author of Under the Shadow of Nationalism: Politics and Poetics of Rural Japanese Women (1998) and Memory Maps: The State and Manchuria in Postwar Japan (2009) as well as editor of Crossed Histories: Manchuria in the Age of Empire, which has been translated to Japanese.  Her publications also include articles in the Journal of Asian Studies, Ethnology, Annual Review of Anthropology, Comparative Studies in Society and History, Critical Asian Studies, Japan Focus, and American Ethnologist.