A New Paradigm for Understanding the Chinese Tradition to Adulthood 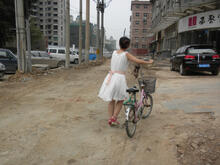 Two paradigms, both based in Western experience, dominate the literature on the transition to adulthood. One of these, which I call the traditional marker paradigm, focuses on access to and the timing of the attainment of markers of adulthood idealized in mid-twentieth century America. The other, the emerging adulthood paradigm, focuses on this life stage as a time of identity exploration, self-focus, and a sense of possibilities. Based on interviews with 100 young men and women in southwestern China, I demonstrate that neither paradigm fully accounts for the Chinese experience. Rather than defining adulthood through developmental milestones or identity exploration, interviewees emphasize supporting and maintaining harmony with parents, who play a role in their decisions about jobs and family formation. In addition, gender shapes the experience of this life stage in a way that neither paradigm addresses. I conclude by suggesting that Yunxiang Yan’s neo-familist paradigm is best suited for understanding the Chinese transition to adulthood.

Dr. Kane is an assistant professor in the Department of Sociology at Purdue University and received her PhD from the University of Pennsylvania. Her work focuses on gender and the role of parents in the transition to adulthood, with a particular emphasis on China. Dr. Kane’s prior research has examined gender, culture, and social networks. Her work has appeared in the American Journal of Sociology, Social Problems, and Current Sociology.