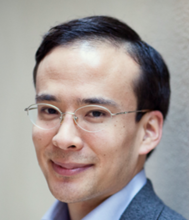 The League of Nations Advisory Committee on the Traffic in Opium and Other Dangerous Drugs, created in 1920, culminated almost eight decades of political turmoil over opium trafficking, which was by far the largest state-backed drug trade in the age of empire. Opponents of opium had long struggled to rein in the profitable drug. Opium’s Long Shadow shows how diverse local protests crossed imperial, national, and colonial boundaries to gain traction globally and harness public opinion as a moral deterrent in international politics after World War I.

Steffen Rimner traces the far-flung itineraries and trenchant arguments of reformers—significantly, feminists and journalists—who viewed opium addiction as a root cause of poverty, famine, “white slavery,” and moral degradation. These activists targeted the international reputation of drug-trading governments, first and foremost Great Britain, British India, and Japan, becoming pioneers of the global political tactic we today call naming and shaming. But rather than taking sole responsibility for their own behavior, states in turn appropriated anti-drug criticism to shame fellow sovereigns around the globe. Consequently, participation in drug control became a prerequisite for membership in the twentieth-century international community. Rimner relates how an aggressive embrace of anti-drug politics earned China and other Asian states new influence on the world stage.

The link between drug control and international legitimacy has endured. Amid fierce contemporary debate over the wisdom of narcotics policies, the 100-year-old moral consensus Rimner describes remains a backbone of the international order.

Steffen Rimner (Ph.D., Harvard) is currently Assistant Professor of the History of International Relations at Utrecht University. He has held research fellowships, amongst others, at the University of Oxford, at Yale, at Waseda University and the University of Tokyo (Tobunken / Institute for Advanced Studies on Asia) and was an Inter-Asia Fellow of the SSRC. He has taught at the Weatherhead East Asian Institute of Columbia University as an INTERACT fellow. His second book is also under contract with Harvard University Press and features a transnational history of the China-Japan-US triangle from the 1870s to the 1970s.