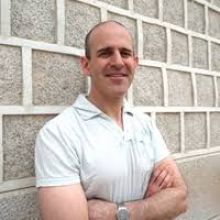 Part of Dr. Todd A. Henry’s current book on the role of the mass media, sexual medicine, and the police state in extracting public value from the private lives of non-normative subjects, this talk offers a critical analysis of sex change in Cold War South Korea. In forging a dialogue among Korean Studies, Science and Technology Studies, and LGBTI Studies, he seeks to produce knowledge beneficial to individuals and groups who continue to struggle against the historical forces addressed in his work. To this end, he traces how corporeal ideologies of sex dimorphism and hetero-patriarchy came to function as the sanctioned but contested building blocks of scientific modernity and state supremacy in the three decades after the Korean War.  Based on a binary model of sex requiring consistent reaffirmation in various institutional sites, these naturalized ideologies were, he argues, invoked to promote the reproductive and defensive agendas of capitalist development.  Focusing on the mediating role of news reporters in justifying medical inspections and police surveillance of non-conforming subjects, he shows how the sexed and gendered dictates of ableism gave rise to cultural anxiety, popular scrutiny, and surgical procedures aimed at ensuring dimorphic rules of body coherence.  He also emphasizes the violent effects of this selectively normalizing regime by exposing how medical doctors and other social actors insisted on changing morphologically ambiguous bodies into “complete” women (and, to a lesser degree, men), while they prevented cross-identified Koreans from accessing the self-affirming benefits of scientific modernity.

Todd A. Henry (Associate Professor, UCSD) is a specialist of modern Korea with a focus on the period of Japanese rule and its postcolonial afterlives. A social and cultural historian interested in global forces that (re)produce lived spaces, he also examines cross-border processes linking South Korea, North Korea, Japan, and the US in the creation of “Hot War” militarisms, the transpacific practice of medical sciences, and the embodied experiences of hetero-patriarchal capitalism. Dr. Henry’s first book, Assimilating Seoul (University of California Press, 2014), addressed the violent but contested role of public spaces in colonial Korea. He has written several related articles on questions of place, race, and nation in colonizing and decolonizing movements on the peninsula. Currently, Dr. Henry is completing his second book, entitled The Profit of Queerness. This study of authoritarian development in Cold War South Korea examines the ideological functions and subcultural dynamics of queerness as they relate to middlebrow journalism and sexual science, anti-communist modes of kinship and citizenship, and globalized discourses and practices of the “sexual revolution.” A sample of this new work appears in his edited volume, Queer Korea (Duke University Press, 2019).  A third book will explore how the pre-World War II history of imperialism and militarism in the Asia-Pacific region informed articulations of virile masculinity and practices of gay sex tourism in postwar Japan and across its former empire.  Dr. Henry has received two Fulbright grants (Kyoto University, 2004-2005; Hanyang and Ewha Womans Universities, 2013), two fellowships from the Korea Foundation (Seoul National University, 2003-2004; Harvard University, 2008-2009), and one fellowship from the Kyujanggak Institute for Korean Studies (Seoul National University, 2019). At UCSD, he is an affiliate faculty member of Critical Gender Studies and Science Studies. From 2013 until 2018, Dr. Henry served as the inaugural director of Transnational Korean Studies, the recipient of a $600,000 grant from the Academy of Korean Studies as a Core University Program for Korean Studies.