Power over Property: The Political Economy of Communist Land Reform in China 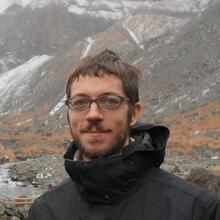 Following the end of World War II, the Chinese Communist Party (CCP) spent the next three decades carrying out agrarian reform among nearly one third of the world’s rural population. The first step of this reform was a nation-wide Land Reform Movement in which the CCP helped redistribute 40 million hectares of land to over 300 million rural people. This land reform, the founding myth of the People’s Republic of China (1949– present) and the cornerstone of the Chinese Communist Revolution, embodies the idea that an equal redistribution of property leads to social and political equality. Matthew Noellert’s new book, Power Over Property, argues that in practice, however, the opposite occurred: the redistribution of political power led to a more equal distribution of property. Through systematic analysis of never-before studied microlevel data documenting land reform in a complete county of over 500 villages, Power Over Property demonstrates how this reform primarily involved the removal of former power holders, the mobilization of mass political participation, and the creation of a new social-political hierarchy.

Matthew Noellert is Associate Professor of Asian Economic History at Hitotsubashi University in the Graduate School of Economics. He received his MA in Chinese Studies from the University of Michigan and PhD in Humanities from The Hong Kong University of Science and Technology. His research focuses on collecting historical microdata to study global social change from the bottom-up. He is constructing a new dataset series, the China Rural Revolution Datasets (CRRD), to document China’s twentieth century transformation from an agrarian to an industrial society. The CRRD currently comprises two datasets of records compiled during the Land Reform (1946-53) and Four Cleanups (1963-66) movements. These data make it possible to study family and marriage, education and occupational mobility, and the distribution of property and incomes in over 600 complete village communities in 20 counties. This talk is based on his new book, Power over Property: The Political Economy of Communist Land Reform in China, published by University of Michigan Press in 2020.

Register in advance for this webinar:
https://yale.zoom.us/webinar/register/WN_TvajTkNJQPaz2N7MBhFv8w