Profiting from Wartime Displacement in Twentieth Century China and Taiwan 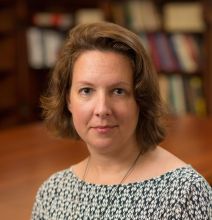 Displaced persons during times of war provide a moral opportunity as well as a logistical problem. Some of the most vivid material examples underpinning such truisms come from the period ranging across the Second Sino-Japanese, Civil, and Cold Wars in mid twentieth century China and Japan. Plans for the development of the wartime economic engine overlapped with desires to pacify floods of refugees. Plans for rural cultivation mixed military and civilian personnel in experiments of territorial control and patriotic education. Government appropriation of land enacted through refugee bodies often shifted local balances of power. In order to achieve such goals, however, displaced persons had to be convinced to cast off ties to their war-torn homes and stay (and work) on the land provided them, as much for military stability and state expansion as for the moral lesson they provided their fellow citizens. This strategic secondary displacement – a kind of forced migration amid wartime refugee conditions – departed from the ideal of governmental aid in late imperial times, which was predicated on pacifying the realm by restoring emplacement. It also strongly contrasted the actions of many of the displaced themselves.  And yet, the idea of the strategic settlement of the displaced persisted and developed across conflicts. For the continually displaced of the long war of the mid twentieth century, “home” remained an elusive quantity, but the idea of making political as well as economic use of their displacement persisted.

Rebecca Nedostup works at the intersection of politics, culture and society in twentieth century China and Taiwan. She is the author of Superstitious Regimes: Religion and the Politics of Chinese Modernity (Harvard Asia Center 2009), and is currently writing Living and Dying in the Long War: Tales of Displacement in China and Taiwan, 1937-1959. She is co-organizer and co-editor of the collaborative, interdisciplinary project “The Social Lives of Dead Bodies in Modern China.” A second collaborative project, “The Field of the State in Modern China,” draws on collective historical knowledge. Her research and teaching interests include war, mobilization, and displacement; the long-term effects of mass violence; state-building over the long durée and in comparative light; the theoretical and methodological issues raised by ritual and spatial analysis; and the place of the corporeal dead in historical study.