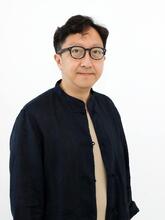 The recent political crisis in Hong Kong is characterized by a level of social unrest the city has not seen since the riots of 1966/67.  After that earlier round of turmoil, the British colonial regime secured legitimacy through socioeconomic improvement in Hong Kong.  “Prosperity and Stability” became the hallmark of Hong Kong’s success.  This catchphrase also came to be adopted as the slogan of the HKSAR government in its bid to seek legitimacy with socioeconomic appeals.  Against such perennial state rhetoric, grassroots protesters came to demand “Democracy and Freedom.” Examining these two pairs of keywords (prosperity/stability and democracy/freedom), this talk underscores the contention in the legitimacy of governance in Hong Kong since the closing decades of British rule.  This analysis suggests that it would be unproductive for the governing authorities or the protesters to deny the earnestness of either the political or socioeconomic assertions in the ongoing contention of legitimacy to govern Hong Kong.

An associate professor at the University of Hong Kong, John D. Wong is a Luce East Asia Fellow at the National Humanities Center in 2021-22.  John’s research focuses on the flow of people, goods, capital and ideas. With a particular interest in Hong Kong and the Pearl River Delta area, he explores how such flow connected the region to the Chinese political center in the north as well as their maritime partners in the South China Sea and beyond.  Studying the China trade in the context of early-nineteenth-century global exchange, his first monograph, Global Trade in the Nineteenth Century: The House of Houqua and the Canton System, demonstrates how China trade partners sustained their economic exchange on a global scale long before Western imperialism ushered in the era of globalization in a Eurocentric modern world.  In his forthcoming book, John explores the development of the airline industry in Hong Kong after WWII.  John received his BA (Hons) in Economics from the University of Chicago, MBA from Stanford University, and PhD in History from Harvard University. He worked for a number of years in finance and holds the designation of Chartered Financial Analyst (CFA).

Register in advance for this webinar:
https://yale.zoom.us/webinar/register/WN_dEqv_c6iRi2SMDguVW87QQ