The Quan Tang shi and Topic Modeling: An Experiment in Macroscopic Literary Analysis 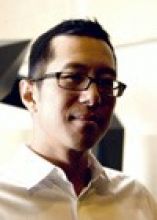 What does it mean to write literary history? How is it possible to reduce the vast arrays of literary data into a comprehensible historical narrative? And since it is not possible to include all literary data, then what is selected and what is omitted, and how are the selections representative of the whole of the data? This talk will take up the relationship between data and literary historical knowledge, focusing on the Quan Tang shi 全唐詩, the massive comprehensive anthology of Tang poetry that was produced during the Qing dynasty. The methodology that Chen employs is that of topic modeling, a form of text mining that identifies latent semantic patterns within a set of documents. Chen’s talk will argue that the sheer quantity of Tang poetry requires a macroscopic, rather than microscopic perspective, and that the traditional methodology of close reading should be supplemented by computational approaches. Chen will also introduce the set of digital tools that he (along with his team at UCLA) are currently developing for the analysis of digitized East Asian textual corpora.

Jack W. Chen is an associate professor of Chinese poetry and thought.  He received his PhD from the Department of Comparative Literature at Harvard, his MA from the University of Michigan, Ann Arbor, and his BA from Yale.  His research interests span the Han through Northern Song periods, and are divided between classical poetry and certain prose genres (zhiguai, biji, chuangi). His book, The Poetics of Sovereignty: On Emperor Taizong of the Tang Dynasty, was published by the Harvard University Asia Center in 2010.  He has also published articles on imperial poetry, gossip and historiography, silent reading, donkey braying, and coinage.  His current work — a study of the Shishuo xinyu — is informed by data visualization and network theory.  He is also co-editor, with David Schaberg, of a forthcoming edited volume of essays on gossip and anecdote in traditional China.