The Son also Rises: Stratification of Personal Reading among Educated Youths during the Cultural Revolution 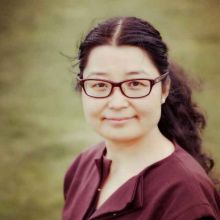 Based on archives, local gazetteers, 35 in-depth interviews in Beijing and Shanghai and many diaries and studying/working notes given by former Educated Youths, autobiographies, memoirs, documentary literature and reportage etc., this talk shows that firstly, the hunger for books and knowledge of the educated youths was stratified, and youths from city cadres and intellectuals’ families constituted the main body of personal reading activity during the Cultural Revolution. They found ways and means to obtain books to read, but in comparison, thirst for reading was not significant for the children of ordinary families; secondly, with the outbreak and the volatile development of the Cultural Revolution, the systematical school education was temporarily disturbed. Some parents were also shocked and were forced to carry out a loose discipline on their children.

Among the youths, those who had a collection of books or had ways to get books started to have free reading. “Red books reading” was token by western humanism content reading. A diversified reading and self-study began. Thirdly, with the expansion of the sent-down campaign, books and newspapers, especially “internal books” went through the change from city to rural area, from the two elite classes to the class of peasants and workers. In short, putting stratified practices of reading and re-production of cultural capital into the frame of the re-production of social classes, this talk aims to re-interpret the personal reading of educated youths from Beijing and Shanghai during the Cultural Revolution that the activity of reading is a dual process –reaffirmation of cultural value and accumulation of cultural capital.

Peidong Sun is Associate Professor in the Department of History at Fudan University. She received her B.A on French and M.A. on French Literature from Zhongshan University, and a  double Ph.D in sociology from L’Observatoire Sociologique du Changement of Sciences-Po Paris and Zhongshan University. Her main areas of research focus on 1) historical Sociology, 2) cultural Sociology, and 3) social history and institutional change during the 20th century. She has published 20 papers in The China Quarterly and other peer reviewed journals. Along with Patricia M. Thornton (Oxford University) and Chris Berry (King’s College London), she has co-edited a special issue of The China Quarterly (Sep. 2016) named The Cultural Revolution: Memories and Legacies 50 Year on, which is also appearing as an edited volume entitled Red Shadows: Memories and Legacies of the Chinese Cultural Revolution published in 2017 by Cambridge University Press. Her other publications include a book chapter titled, “‘When Are You Going to Get Married?’ Parental Matchmaking and Middle-Class Women in Contemporary Urban China”, in Deborah Davis & Sara Friedman Ed., Wives, Husbands and Lovers: Marriage and Sexuality in Hong Kong, Taiwan, and Urban China(Stanford University Press, 2014). Her latest books include 《时尚与政治：广东民众日常着装时尚》(人民出版社,2013) (Fashion and Politic: Everyday Clothes fashion in Guangdong Province during the Cultural Revolution); 《谁来娶我的女儿？上海相亲角与“白发相亲”》(中国社会科学出版社, 2012; 2013) (Who will Marry My Daughter? Parental Matchmaking Corner in the People’s Square of Shanghai). As a Harvard-Yenching Visiting Scholar for the 2016-17 academic year, she is working on her third book project, which is tentatively titled Personal Reading of Educated Youth Generation: History and Memory of the Cultural Revolution.