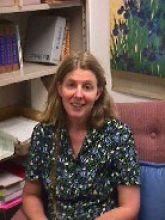 In “dream vision” (mugen) Noh, a ghost appears to a traveling priest in a dream and reenacts the memory that keeps it attached to this world; it does so in order to obtain assistance in achieving enlightenment and release from that attachment. Dream vision plays, especially those composed by Kanze Zeami and Konparu Zenchiku, are generally considered to be the finest embodiment of the aesthetic of yūgen (ineffable beauty) and as such resistant to allegorical and/or historical analysis. This paper will examine examples of Noh plays that incorporate stories from Heian period court culture such as Ise monogatari (Tales of Ise) and Genji monogatari (Tale of Genji), to show how they might be seen as allegorical rewritings of a lost classical past, rewritings that would have nevertheless resonated ideologically for their audience. On the one hand, this allegorical rewriting can be seen as an attempt to nostalgically recuperate Heian culture for the Muromachi present. That nostalgia is ambivalent, however; dream vision Noh can also be seen as the Muromachi attempt to cut loose from a Heian past that has held it culturally in thrall. One might argue that the dynamics of enlightenment in Noh equals the abolishment of memory: enlightenment creates a resolution (however temporary) of allegorical attachment to the past in favor of non-allegorical detachment. At the end of the play, the court culture that might have been threatening to the power of the shogunate is exorcised; although like all forms of the repressed, it will return again and again.

Susan Blakeley Klein, Associate Professor of Japanese Literature and Culture, UC Irvine. My research interests include Japanese theater and dance; medieval commentaries; Japanese and Asian religions; New Historicism and Feminist Critical Theory. The main focus of all my work has been on the ways that literature and theater attempt to symbolically resolve certain cultural problematics. In doing so I pay close attention to rhetorical, thematic, and performative aspects of the texts. I have published a book on the Japanese postmodern dance form Butoh (Ankoku Butō: The Premodern and Postmodern Influences on the Dance of Utter Darkness), and on the development of a group of secret medieval literary commentaries influenced by Esoteric Shingon Buddhism (Allegories of Desire: The Esoteric Literary Commentaries of Medieval Japan). My current book project (Dancing the Dharma) is on religious and political allegory in Noh theater; my next project is on changing constructions of gender and subjectivity in Japanese literature and theater, using the historical development of Japanese ghosts as a locus for analysis. At UC Irvine I teach Classical Japanese, as well as courses on Japanese and Asian Religions, Japanese Theater, Gender in Japanese Literature, Japanese Ghosts, and Shakespeare & Kurosawa.