State Expansion and State Retraction at the Sino-Vietnamese Borderlands, 1890s-1950s 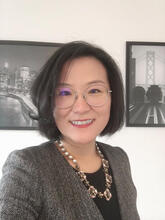 Smuggling, overseas gambling, human trafficking…Contemporary media coverage and government policies tend to frame the shadow economy at the Sino-Vietnamese borderlands as “new problems” posed by market-oriented reforms in both societies. These activities were nevertheless part of the long-existing inter-Asian economic and social networks. This talk investigates how consecutive political authorities in China and Vietnam sought to tame the spontaneous cross-border connections since the formal demarcation of the international boundary following the Sino-French War up to the mid-twentieth century. At the same time, it tells a story of how such transnational ties survived the aggressive state-building under intermittent peace and prospered during the continuous wars in the first half of the twentieth century. Departing from conventional narratives of volatile inter-state dynamics at the Sino-Vietnamese borderlands, this talk reveals the striking continuities of state-society relations in the region. It also sheds light on the resilience of the inter-Asian trade, which had made Asia an economic powerhouse, against state scrutiny as well as the inconsistency and incoherency of state-building in the region.

Dr. Qingfei Yin is Assistant Professor of International History (China and the World) at London School of Economics and Political Science. As a historian of contemporary China and inter-Asian relations, her research focuses on China’s relations with its Asian neighbors, Asian borderlands, and the Cold War in Asia. She is particularly interested in how the global Cold War interacted with state-building in marginal societies. She is currently working on her book manuscript Comrades and Competitors: State-Building at the Sino-Vietnamese Border during the Cold War. She receives her PhD in History from George Washington University. Before joining LSE, she was Assistant Professor of History at Virginia Military Institute. She also serves as the Book Review Editor of Journal of Military History.